The White Conversation About Racism

04 July 2020
The discussion among white people about systemic racial injustice is critical, because it's our job to end institutional racism. Let's get familiar with how our privilege gets in the way of progress. There's just so much unlearning to do.
Never Miss an Article 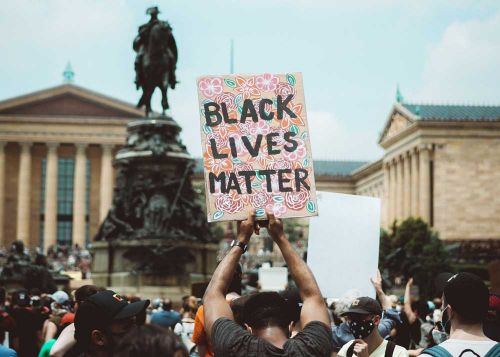 I’m glad we’re discussing race. As the heirs & beneficiaries of the systems that limit people of color, it’s our job to end institutional racism. We must examine our attitudes, prejudices, behaviors, and fears, and understand how they contribute to stereotyping, exclusion, and violence. Yes, we need to talk.

Honestly, it should be largely a white conversation. We’re not talking to Black people – they already know more about racism than any of us could ever handle. We’re not talking for Black people. They speak eloquently and profoundly for themselves. In fact, there are several things that are happening that really, really, need to stop.

Don’t use Black icons to defend your fears and opinions. Saying, “I can’t imagine what Martin Luther King would think about this rioting;” and posting Black leaders’ or celebrities’ quotes to support your anti-BLM or anti-protesting position is wrong. And you're right - you really can't imagine.

What you're actually saying when you do this is, “See! Black people agree with me on this!” But they don’t. They really don’t. Using Black voices to promote a white perspective is a form of appropriation and an act of privilege. If you don’t understand this, read this paragraph over and over again until you do.

Don’t say, “I’m (gay, female, fat, short, etc.), so I understand.” Not the same. All discrimination is bad, and we must eliminate all of it. But it’s not all the same. The sooner we realize we don’t understand, the sooner we will begin to.

Get over the “I have Black friends/I’m not racist” false equivalence. If you do have Black friends – as in, the kind of friends who would lean on you in a crisis like family – then you wouldn’t even use this defense. Most likely, you have Black acquaintances. One can certainly be a racist while playing nice in a meeting room or at the gym.

“I don’t see color” is not a thing. Of course you do. We all see color. Our ability, as white people, to ignore color is part of our privilege. Those arrogant, angry, white McCloskeys pointing a pistol and semiautomatic at peaceful protestors in St. Louis last week are alive now because they are white. Everyone sees color.

When you defend confederate monuments, you’re not defending history. What you’re really saying is, “I don’t know why they have to be offended about glorifying racists and why I have to care.” Here is a parallel for you to consider: The devil is an important part of Christian teaching. The lessons are regularly taught, and remembered. But you won’t find monuments to Satan in Christian churches. We can teach about evil without aggrandizing it.

Don’t use any Black person — ever — to make your point. If you’re offended by looting and rioting, don’t use looted Black store owner to suggest that “his Black life didn’t matter.” You don’t get to speak for — or assume to understand — Black people who suffered losses during the riots.

We don't get to point out conflict between Black liberals and Black conservatives and say, "I guess Black conservatives' lives don't matter." This is just a cynical, appropriating way of using Black people to support being offended by Black Lives Matter.

We don't get to suggest Black cops are hurt by Black Lives Matter. Do you even KNOW any Black cops? People in the Black Lives Matter movement (including cops — Black and white) don’t see it as “Black vs. Blue.” That’s a white construct. Stop it. It’s not real.

We don’t get to complain about how tired we are of all the stress and confusion and angst. You know who’s tired? Talk to any Black mother. She’s fucking tired. Of asking, and praying, and giving the talk, and kneeling, and watching her loved ones suffer. And go to jail. And die. All the dying. Black moms are all so tired.

If you mean well and you’re committed to change, but you've just made some rookie white ally mistakes, then OK. You can learn and do better. We all can. If I’ve offended you so far, then I have news for you. You’re not a white ally. You’re just posing as a white ally. Does this surprise or hurt your feelings? Then do better! We have lifetimes of deprogramming to do. Let's start now.

Now let’s talk about what we should do. First, we should listen to Black voices, even when it’s uncomfortable, even though it hurts. If you feel defensive, that’s human, but not useful. So let’s do the hard work, open our hearts, and hear and try to feel the pain.

We can be accountable for our reactions and feelings. Why did the protests scare you if you didn’t live anywhere near them? Why does the phrase Black Lives Matter make you squirm? What impulse makes you insist All Lives Matter when you hear Black Lives Matter? Why do you feel tense when you approach a group of young black men? Why do you wonder to yourself if the Black mom in the supermarket checkout line is about to use a WIC card (pro tip here — white families account for the vast majority of food stamps dollars in the US)? What assumptions and biases and beliefs are you clinging to that perpetuate the problem? Dig deep. 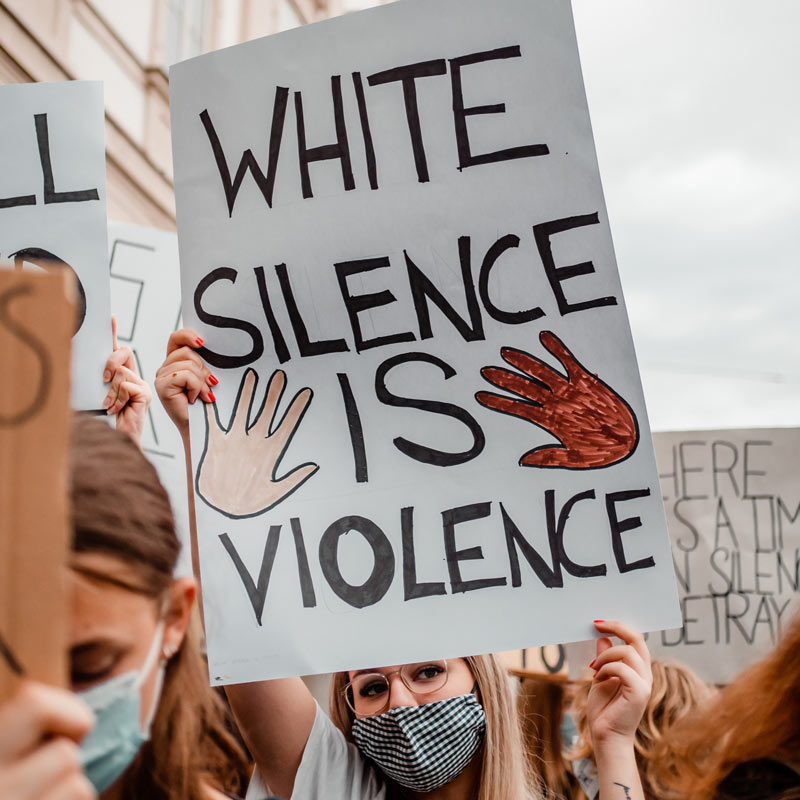 We can be brave and say something. Don’t let any small or large racist comment or action go without challenging it. If white people object to racism and racial stereotyping every time we see it or hear it, we can end it. Silence in the face of tyranny is . . . tyranny.

We can rethink what we’ve been taught and study what we don’t know. Study the Black Panthers, read the New York Times “1619 Project,” “White Fragility” by Robin Diangelo, or “Setting the Record Straight: American History in Black & White.” Watch “13th,” “Teach Us All,” or “Malcolm X.” There's more! Explore the websites Racial Equity Tools, or Not in Our Town. Yes, do this even if you already have Black friends . . .