05 July 2020
Are you disappointed in family, friends, neighbors, and coworkers who refuse to wear masks, avoid socializing, or who appear to be racists? In this time of overlapping existential challenges, we’re just witnessing people outing themselves as zero-sum-gamers. 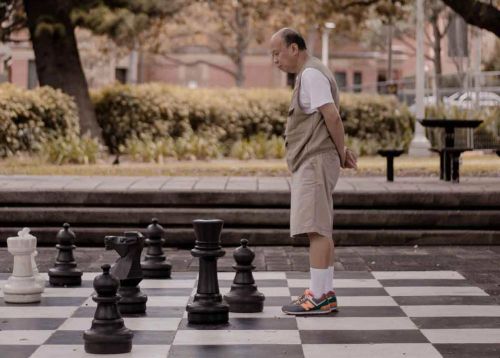 A lot of people are expressing surprise at how terrible people are. They are disappointed in family, friends, neighbors, and coworkers who refuse to wear masks, or who refuse to stay in and avoid socializing, or who appear to be racists or, at the very least, unconcerned about racism (which really are the same thing, but that’s another discussion). I think all this awareness is because we are in a strange moment in time, facing many existential and identity challenges at once. Though it seems shocking to see how selfish people are, I think we’re just experiencing people outing themselves right and left as zero-sum-gamers.

I have a theory that the two kinds of selfishness and hatred we’re seeing right now are all wrapped up in the same origin. I don't know if it's correct or not, but it seems to me that there are two types of people: People who think life is a zero-sum-game, and people who don't. For people who think life is a zero-sum-game, then life is a ledger made up of a “me” column and an “everyone else” column. To zero-sum-gamers, deposits that go in the “everyone else” column require a withdrawal from their own column.

I think there have always been a lot of zero-sum-gamers (let’s call them ZSGs), but the stakes aren't usually so high, nor the results so obvious. For ZSGs, typical types of generosity have a strong component of self-interest. Giving to the church reflects on them and their reputation (and maybe buys a space in heaven). Acting like they care about others makes them more respectable. As long as none of that encroaches on their belief that they are building deposits in the "me" column, they are OK. But when it comes time to do something simply for the good of others, at the cost of their own inconvenience, they balk. They start thinking, "but how will this affect ME? What does this take away from ME?" They can’t see how putting a deposit in the "everyone else" column benefits themselves enough to make up for the discomfort or inconvenience of doing so. So they start looking for rationalizations to support their selfishness, because none of us really want to admit how selfish we are. And this is why it is SO HARD to get through to us when we act in purely self-interested ways. Because self-awareness hurts.

So instead of self-awareness, we humans go to all kinds of lengths to justify our selfish behaviors. In some cases, the level of selfishness seems so small, yet we go to Herculean efforts to defend it. Refusal to wear a mask is the most absurd, yet perfect, example. Wearing a mask makes one look funny (until it’s normalized). It is a bit uncomfortable. It requires getting used to. But look at the extremes people will go to, to defend refusal to wear a mask! Embracing wacky scientific theory that it’s bad for you (literally no science supports this), that it encroaches on individual liberty (then why wear seat belts?), that it doesn’t work (when all the science says – and always did say – that it does) are all extreme ways of defending one’s right to . . . what? Look cute? Not steam up one’s glasses? Not smear one’s lipstick? ZSG behavior isn’t necessarily rational, but it’s full of rationalizing, along with the hunt for experts to support your opinion so you can feel justified.

Of course, there are some who are casual, unthinking racists who will wear masks. There are some who won't wear masks, but support Black Lives Matter. I don't think this breaks my theory. I think it supports it, by acknowledging that self-interest is still at the core of their un-empathetic behavior. It just depends on what they're comfortable with and/or worried about. If they have a deep personal fear of Covid-19, then mask-wearing and staying at home serves their self-interest. If they are personally comfortable with people who are different than them (or if it helps their public persona to be perceived as broad-minded), then there's no discomfort in supporting BLM. But to embrace ALL the ways we need to help our fellow-man requires being the other type of person.

The other people are the ones who believe life is the opposite of a zero-sum-game. For this group of people, anything that benefits the group benefits the self. So wearing a mask may be inconvenient and slightly (so slightly) uncomfortable, but the greater good makes it worth it. Staying home may be boring and even stressful, but making personal sacrifices to increase the chances of survival for people they don't even know makes sense to this group. This group also accepts that eliminating systemic racism would improve the world for everyone. This group believes that investing tax money in health care for all means a healthier society and a healthier economy for everyone. This group believes that selfishness actually harms the self, that putting deposits in the "everyone else" column is a way of improving everyone's life, and that the individual can never be whole if the group is broken.

I don't think my theory is so radical here. All major religions and philosophies encourage us to look at life this way, to accept that the good of the group is really the good of the individual. But putting others before ourselves is hard work, and requires constant recalibration and self-awareness. It requires the ability to delay personal gratification for greater good. And it challenges us to embrace individual failure when we falter (because we all do), to laugh at our human frailties, and to pledge to do better next time.

I don’t know what the answer is to all this. I’m not even sure if my theory is correct. But it helps me to understand why I am seeing so much disappointing behavior all at one time right now. And maybe it will lead to insight about how to influence more people to consider putting deposits in the “everyone else” column, and to embrace the idea that what is good for all is ultimately what is best for me.