It's Not About War. It's About Love. 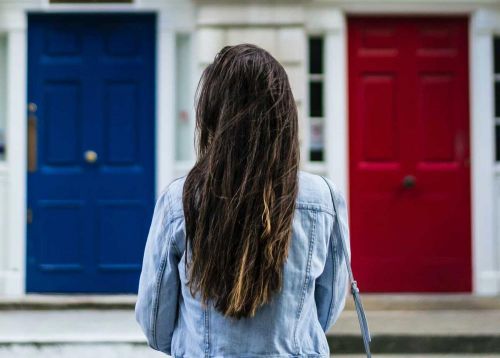 As people tire of social unrest, there are those who would suggest that this is a culture "war." That kneeling is somehow a form of disrespect. That broken windows are worse than a life ended. That trying to elevate one group of people somehow oppresses another group of people.

Don't let them fool you for a moment.

What is happening now is not about war. It's about LOVE. Love for our fellow humans. Love for our children and grandchildren, who deserve better than the world we've created so far. Love for the earth, which is straining from our demands.

Do you know what love is? Love is not a feeling or an emotion. Love is behavior. Love is a choice, backed by commitment. The drama of protest can be an exciting, dynamic, essential precursor to change. But for change to occur, there must be a pivot from expression to action. From emotions to practical, clear-eyed strategy. What do you choose to do next? Here are some choices to make right now:

There's more, but let's end with this one - perhaps the most difficult one: Choose to think deeply about the issues, your reactions to them, and your own fears. Pursue self-education, and be open to the discomfort of self-awareness. There are cynical and destructive actors, and lazy/unthinking/defensive re-actors surrounding you. You cannot allow yourself to be manipulated by the one or influenced by the other.

We have seen how easy it was for us to become a nation of thoughtless, refusing-to-care-for-our-neighbor, forgiving-of-amoral-behavior, shallow, defensive meme-throwers. Fixing it will be more difficult.

The protests were a way to amplify the message and command attention. But if we don't follow them with meaningful action, they were just drama. Don't stop at drama. Let's take all that energy and turn it into action.

And remember every step of the way that this is about Love. The choice to act is the choice to love.

I choose to act, because I love you all.