How Do You Bend the Lens?

23 May 2015
To understand the truth in the world, simply look at yourself and what you believe. Your belief system dictates how you see the world. 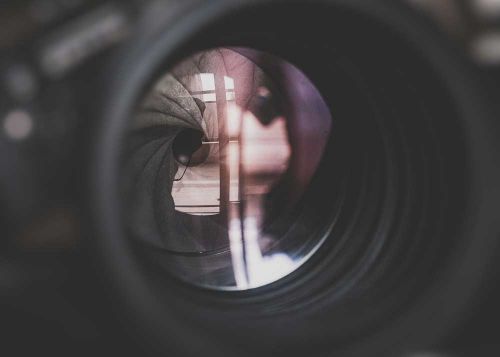 I don’t think it’s impossible to know what is true, though sometimes it is very very difficult. I would like to form an opinion on what, if anything, the United States should be doing in the Middle East. But the more I try to learn the issues, the more perplexing and often contradictory they become. This is likely why people with great knowledge and experience on the Middle East disagree on our responsibility and approach.

Other truths are difficult to learn because they are always changing. The truth of who I am is a moving target, and it should be, because growth demands constant evolution. The same is true of knowing one’s spouse, children, parents, and siblings. If we don’t commit to constantly reevaluating the truth of them, we risk only knowing them as they were at a single point in time.

Perhaps the only real truth is what we choose to believe.

We all see the world through a lens with which we either distort or clarify. To believe that some humans can actually have more value than other humans bends the lens one way; to believe that all have similar value with differing gifts bends the lens another. The way you bend that lens then determines what you believe about poverty, race, gender, other cultures, and other belief systems.

To believe that there is only one acceptable gospel (news channel, political party, theory) for life bends the lens one way; and to believe there are many different sources that each shed their own valuable light bends the lens another. The way you bend that lens then determines who you will follow, what and how much you will learn, and how you will teach others.

To believe you are always the smartest in the room bends the lens one way; to recognize how much you have to learn and how much others have to teach bends the lens another.

Some truths we are taught and some we discover. But always, truth is what we decide, and once we decide our truth we then live our truth and we fit the world into that definition.

Scary how much power we have, isn’t it? How do you bend your lens?