05 April 2015
God is the shared soul of all humans, and that religion is a human construct that keeps so many from realizing the fullness of God. This is the religion trap. 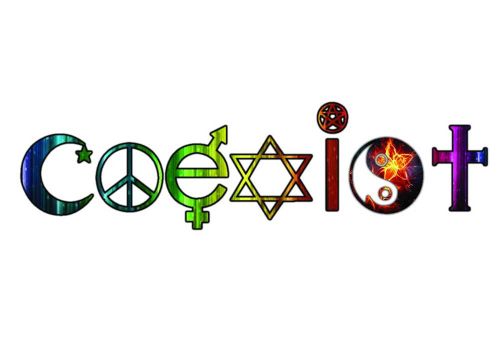 There is a story in the Talmud that is often used to summarize the essence of Judaism. During the first century B.C.E., a revered rabbi named Hillel was asked to sum up Judaism while standing on one foot. He replied: "Certainly! What is hateful to you, do not do to your neighbor. That is the Torah. The rest is commentary, now go and study."

As a person who was born a Jew, raised in a charismatic Catholic household, and now chooses not to follow any religion, the major religious holidays are always somewhat confounding to me. Not because of any internal conflict; I am quite comfortable with my choice to avoid religion, dogma, and religiosity at all costs. No, it’s the external conflict that confounds me.

Ignorance is at the heart of most religious conflict. Most people who follow a particular religion don’t really understand how and why their religion came to be. I can't think of a single religion today that is the same as it was when it first began. Each religion has evolved, largely in response to social conditions. The simplest analogy I can think of is driving. The driving rules of the road were created to embed safety into the transportation experience. The rules evolved as transportation became faster and faster and vehicles became deadlier.

When it comes to change, Christianity has been the most fluid. As the world has transitioned through political and social change and scientific and technological advancement, the Christian church has morphed, divided, and realigned itself over and over again, all the time influencing its dogma. The Catholic Church has been one of the most political institutions of all time (it is, after all, essentially its own Country), and has made countless changes to dogma in its pursuit of financial, political, and social gain.

(Yes, you want references. Try these: The First Council of Nicea in 325 established an “agreed upon” dogma and declared all other Christian practices and beliefs as heretical. Ad Extirpanda of 1252 authorized torture of those who did not believe the Catholic teachings, including forfeiture of all their property to the Catholic Church. The Dum Diversas in 1452 aligned the Catholic Church with the King of Portugal, authorizing him to conquer and enslave Muslims and heathens. The 1864 Syllabus of Errors introduced a list of previous Catholic teachings that Pope Pius X deemed required revision. These are just four examples spanning 1500 years, which will require you to investigate on your own, but demonstrate that I’m not just making stuff up).

Schisms in Christian sects have bred an overwhelming offspring of Christian denominations. How does this happen? When Christian leaders can’t agree on what God wants, and as a result split into factions so they can go their own ways believing their different beliefs. So the Christian faith has always been a faith in flux, and each sect of Christianity has at its heart disagreement with and separation from a previous sect.

Likewise, Judaism and Islam include many different sects, each based on ideas that differ sometimes slightly, sometimes significantly, from other believers of the same faith. One can be a conservative Jew, a reform Jew, or an ultra-orthodox Jew. The Shiite/Suni conflict has been waged for centuries, since Mohammed died. And at the heart of much (if not most) of all religious change and conflict – Christian, Jewish, or Islamic – has been a very human grappling for power. In each of the major religions, the standards of right and wrong are as much the products of time and culture as they of divine inspiration. The pursuit of power (or freedom from some other’s power) has been the one constant.

But the acknowledgement of moral relativism doesn’t automatically assign one to atheism either. I personally believe that God is the shared soul of all humans, and that religion is a human construct that keeps so many from realizing the fullness of God. Does this mean nobody should follow religion? Not at all. There is comfort to be found in shared ritual and community. But any time a religion tells someone to place his or her own needs, beliefs, or interests over the value and well-being of another human, they should have the moral courage to question that instruction.

This is the conflict I have on major religious holidays. Today is both Easter and Passover. At the heart of both celebrations is a brilliant and uplifting message of hope, optimism, and joy, just as the well-being of humanity is at the heart of each of each major religion. But with each layer of dogma, each act of social engineering, each ploy for power, each political struggle, each atrocity, each war in the name of God, the good of humanity is set aside for the good of a few.

So today, on Easter and Passover, here is what I believe God is really asking us to consider: Do not do anything to your neighbor that you would not want to be done to you. The rest is commentary. Now go and study.