Post-conventional, on the road to Post-ironic

Some guidelines on how to implement business ethics in your environment.
26 August 2007
Never Miss a Business Post

Since the majority of us are either just finishing or just beginning our Sabbath, or possibly using some part of the weekend for the restoration that a bit of meditation can bring, I thought it might be a good time to do a whirlwind ethics review.  You say it's been a while since you took a philosophy class? Well hang on to your hats - we're going to make this one a quick romp through business ethics and decision-making.

Everyone has their boxers in a twist these days over all the corruption associated with Chinese-based business and Chinese products. Of course, American business has had its fair share of run-ins with the moral police in the past seven years. But when we dig deeply into where ethics problems in business start, we end up asking, "was that person a bad apple, or were they in a bad barrel?" If we're really honest, we might say some version of "there but for the grace of God go I."

People don't generally understand ethics. Most of us understand character, and nearly all of us will readily agree on black and white ethical issues, like murder and stealing. Well, stealing big things anyway. But the issues we are faced with as adults are frequently shades of gray, and in a fast-paced business environment we must have a clear understanding of ethics and an ethical framework for decision making - before a snap decision trips up and makes us wish we'd had better sense.

A psychologist named Lawrence Kohlberg developed a theory to explain how we develop moral reasoning skills. His research focused on how people make decisions and determine what is right, and his theory is that there are three broad ranges of moral cognitive development, each with two stages. Hang with me here - this really is interesting.

Level 1: Preconventional. People who are at this level are rules based. The rules for deciding what is right and what is wrong exist outside their thinking, and they are moral because they are obedient. When these people are not sure what to do, they consult an authority or a rule-book.

Level 2: Conventional. People at this level have internalized the shared norms of society or of their immediate societal group (family, church, work group, etc.). Their sense of what is right is based on the rules and laws of their group, and they are motivated to do what is right to live up to their roles and responsibilities within the group. Kohlberg's research found most American adults were in Level 2.

Level 3: Postconventional, or Principled. A principled individual has gone beyond the expectations of and identification with other groups' norms, laws and expectations. They make decisions autonomously, consistent with principles of justice and rights (for a great review of what these principles of justice and rights are, go to Robert Cavalier's brief and readily understandable description of deontological theories). Kohlberg asserts that very few adults in society actually function at this level.

Well, at least we know what it is we're supposed to be striving for here. It's definitely beyond the scope of this blog to walk us through an ethics course, but if you're interested in an accessible text on business ethics, I highly recommend the book Managing Business Ethics, Straight Talk About How to Do it Right by Linda Trevino and Katherine Nelson.

So, how does this help us? Well, mostly it gets us thinking. It's useful to know there are levels and stages to moral cognitive development (at least, according to Kohlberg's theory), and to consider at which level we are operating. Just knowing there is a structure causes us to think about ethics in a more sophisticated way.  Now, if you just add a few ethical framework cheat sheets, you'll find yourself less likely than the average Jane to make a decision you regret later.  Here are a few examples of ethical tests used by some organizations:

Rotary International has a four-way test. They suggest members consider these points when making a decision:

This next test is attributed to Texas Instruments, but many companies use something very similar:

Over the years I have developed my own decision-testing system that I use in conjunction with a set of clear values that I have written down (we can't decide if a decision is consistent with our values if we're not perfectly clear what our values are).  Having these tools doesn't keep me from agonizing over the really difficult decisions, but it sure lets me sleep better once I've made them.

The point to all of this is that ethics require thinking. History has provided us with a huge offering of moral texts- the Bible, the Talmud, the K'oran, the I Ching, the Sutras - and even their combined wisdom can't provide a prescription for every situation we will confront in our lifetimes. The ability to function ethically is dependent on being conscious of our value systems, the implications of the decisions with which we are confronted, and our reasoning for making each decision.

Wow. Don't you just feel more righteous already? Yeah, OK, but that's just conventional, and who wants to stop there? 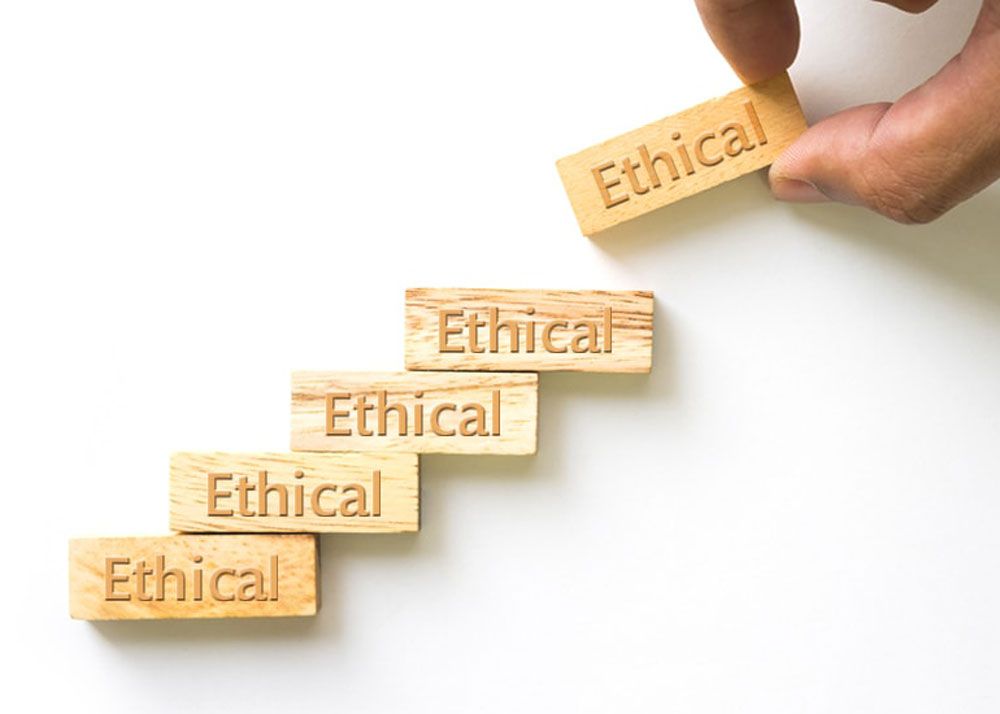