04 September 2012
Global drought will weaken the social fabric as food prices rise. Whether or not you believe global warming is man-made or natural, it's time for all of us to work to reduce the impact of human life on earth. 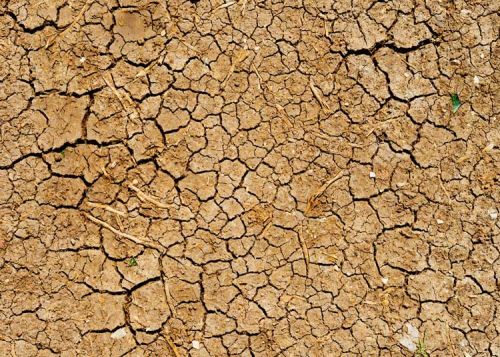 We didn't get our garden this year. For those of you who know me, that's a huge deal. But as week after week without rain in Wisconsin started burning out cornfields and private wells, we went from feeling sorry to ourselves to feeling sorry for, well, everyone.

Widespread drought has huge implications for more than just farmers without crop insurance, though those of us living in farm country know more than a few of those families personally. And the issue goes beyond the fact that your grocery bill will be higher later this year (though for many of our neighbors that could be devastating).

The big thing to worry about is that drought weakens the social fabric around the world. When people don't have a place to sleep they can generally find some sort of shelter, and when they don't feel safe they've been known to move en masse across entire continents. But not being able to find food tends to do strange things to people. They get pissed. Civil unrest on one continent can shake up the markets (and therefore the economic well-being) of people across the globe from them. Worse yet, though a World War III is unthinkable, that doesn't mean it's impossible. To see the well-documented relationship between food prices and civil unrest, check out this article.

Nobody is arguing that this is the hottest summer since temperature recording began, and the worst US drought since 1995. Nor is anybody arguing that temperatures keep edging slightly up on average (which doesn't mean every day is warmer - just that the average of all days are warmer, for those of us who struggle with the concept of on average, say, most of the people in political office and those listening solely to Fox News). And we all know that the occurrence of extreme weather events has been on the rise for at least a decade and possibly longer.

So why-oh-why-oh-why are we having this stupid argument about global warming?

I think it must be that we are really having an argument about social responsibility, as in, it's-not-our-fault,-the-world-just-warms-up-sometimes-why-should-we-have-to-pay versus it's-corporate-greed-causing-the-problem-and-it's-time-to-make-them-pay.

Does it really matter? It's HOT out there folks! Who cares why? Why wouldn't we do whatever we can to ease pressure on the environment, even if we're not the cause of it? So what if the world changes all by itself sometimes? Don't you think if the dinosaurs could have prevented their own extinction they would have?

I had a conversation with my dad recently in which he suggested that global warming was a farce, that we are just in a natural cycle. Not willing to have the political argument embedded in that position, I simply asked, "well, if the world is warming up, don't we have a responsibility to foster the environment so as to mitigate whatever negative impact we humans are having?"

His response was that he liked the word foster, that he far preferred it to the word environmentalism. And I think that's precisely what's wrong with the whole debate. It has been polarized and politicized to the point where we no longer understand that environmentalism and fostering are the same thing.

Hey, use whatever words work for you, OK? And please, don't do it for the scientists, the environmentalists, the Democrats, or for your minister. But perhaps, just perhaps, if we all tried to reduce our very human, very intrusive carbon footprint just a little, we could be doing it for our kids. We probably won't make the world cooler, but we could certainly make it safer. I would hope that's something all of us could agree on voting for.