It's Risky Business Speaking for God 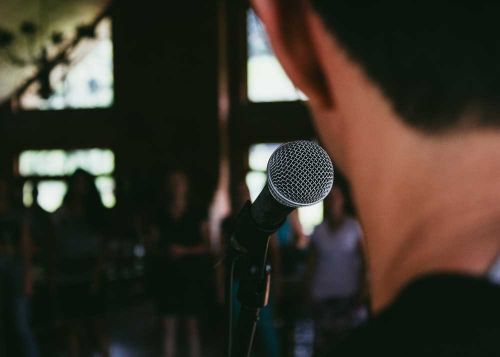 Most men indeed, as well as most sects in religion, think themselves in possession of all truth, and that wherever others differ from them, it is so far error.

Most of us Christians, Jews, and Muslims don't understand the history of our religions, the social contexts in which they were developed, and the ways in which all of the sacred texts have been manipulated by various kings, emperors, and tribal leaders to support their personal political agendas. We understand the religious history that was taught to us by our parents, their parents, and their parents' parents, and we accept this verbal history as the truth.

Some of us go so far as to conclude that only those who believe as we do will get to heaven. I'm still shaking my head over a signature line on a colleague's personal email account that reads "If you don't believe what I believe, you'll have an eternity to regret it." It's no small surprise that true biblical scholars – not divinity students, but scholars of the bible and its history – go through a crisis of faith at some point in their studies. They learn how fallible the socially accepted religious texts are. Those who continue to have faith do so because they choose to believe, in spite of all the human error and meddling. What a powerful faith theirs is, to choose not from denial, but from a place of light (truth) and spiritual hope.

We hide behind our beliefs, afraid to challenge or question them. Psychologically that makes sense. If we suspect our spouse is cheating on us sexually, we go through a phase of not wanting to know. The truth can be difficult and painful because it may cause change. Some people choose to never confront the truth of their spouse's infidelity, and live instead in a state of denial and suppressed pain.

If we have chosen not to confront the infidelity, then woe to the well-meaning (or not-so-well-meaning) friend who points it out to us. Their recognition of the truth means that we must deal with it, and if we have used denial to create a false reality, we don't appreciate someone else shining a light on it.

Cultural norms and mores simplify life. Merely 200 years ago nearly every human being lived within a community which enjoyed the simplicity of entirely shared values. Well, that's not quite true. For instance, in most western cultures 200 years ago, if a married woman was miserable – whether she was beaten , taken for granted, or anywhere in between – she could not leave her marriage. She couldn't own land, hold a job, or vote. So whether she shared the norms and mores or not was irrelevant – she had to pretend to in order to maintain what little place she had in society. And slavery has been part of the world since time immemorial, continuing still today. Still, most communities 200 years ago benefited from general sharing of cultural values.

As the world has become more integrated, we experience challenges to our beliefs and values. The Archbishop of Canterbury recently advanced an argument that England should consider Sharia law for the purposes of negotiating marital and civilian disputes. The world immediately split over his suggestion – some suggesting that social cohesion is not possible when multiple legal systems are contending for primacy, and some suggesting that it's about time western culture recognized that Muslims within their cultures require Sharia law to function. Who is right? As the Archbishop of Canterbury has learned, even raising the question of how to accommodate religious views and rights within a secular society can have grave implications for one's career.

State by painful State the US has been debating whether or not gay couples should have the same rights under the law as married couples. Proponents of the bills argue that gay couples should not have to worry about whether or not they will be able to visit their loved one in a hospital, make medical decisions when necessary, or maintain their joint property after a loved one's death. Opponents of the bills argue that gay marriage mocks the sanctity of heterosexual marriage and that the fabric of society will be permanently torn if gay unions are legally recognized. Who is right?

I like to reflect on another quotation, this one by Robert Green Ingersoll, who in 1955 said:

"Whenever a man believes that he has the exact truth from God, there is in that man no spirit of compromise. He has not the modesty born of the imperfections of human nature; he has the arrogance of theological certainty and the tyranny born of ignorant assurance. Believing himself to be the slave of god, he imitates his master, and of all tyrants, the worst is a slave in power."

There is room for all of us, whether believers or non-believers, to recognize a certain personal responsibility in Ingersoll's challenge. The challenge is this:

We cannot simultaneously uphold our own fundamental rightness and offer genuine respect to human beings who believe differently than us. The two positions are mutually exclusive. We can condescendingly agree to accept that the other person has a different opinion, but that is not the same as valuing that person equally to ourselves.

If we wish to take no risks with our salvation, our only hope is to choose to see the Godliness in every other human being, and to strive to understand how their Godliness leads them to believe differently than we do. We cannot condemn another person without condemning ourselves. We cannot judge another person without likewise turning our judgment on ourselves. If we are among those who believe in God, how egotistical it is to believe that God requires our judgment of others to make His world whole. Don't we think He can handle that aspect Himself?

If we are not worried about salvation because we don't believe in God or a hereafter, our only hope in life is to learn as much as we can from every other human being we encounter, because this one life is the only one we've got and the only way to live it to the fullest would be to allow its fullness to live in us.

One sure path to the truth is to be willing to view our own beliefs with as much skepticism as we view the beliefs of others. An even surer path to the truth is to challenge all of our systems, our laws, and our social structures to uplift and uphold the dignity and supreme worth of every human being. In every choice we make, if we would stop to consider the worth and dignity of those involved – and not just our own views of how the world should work – I believe that we would consistently make better choices.

In 1902 William James lamented that out of fanaticism "crusades have been preached and massacres instigated for no other reason than to remove a fancied slight upon the God." History does not provide an example of it, but can't you imagine a world where people are seekers of truth and clear thinking? It would be impossible to wage a war, starve a child, beat a woman, or cheat a friend if the only enculturation we knew was to shine the light of equality and love on every person we met.

No one of us is more special than any other. But we could be incredibly special together if we put our minds – and not our blindered beliefs – to the task.