Home School – Going for the Least Damage, When the Most Good Isn't an Option

03 February 2008
We're home-schooling our kindergartner. No, we're not fundamentalists (of any sort), separatists, public school antagonists, or shiftless. We just don't know where we'll be living in the next few weeks.
Never Miss an Article 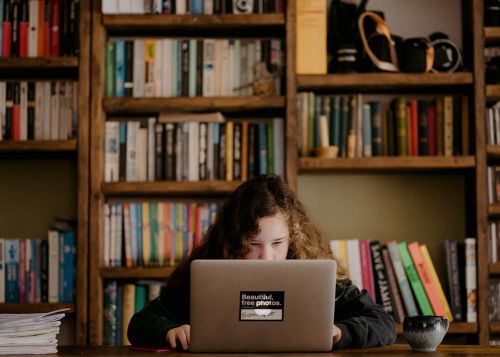 We're home-schooling our kindergartner. No, we're not fundamentalists (of any sort), separatists, public school antagonists, or shiftless. We just don't know where we'll be living in the next few weeks.

No, we're not homeless.

We put our house on the market in July. July, 2007, the month the housing market imploded, sending would-be homebuyers everywhere running for the exits, or at least running for their latest FICO score. Suddenly the world of easy credit disappeared, and with it went the era of thinking one could sell their house in something less than five months. But that's a topic for another day, because right now, we're talking about home-schooling a kindergartner. In July, our five-year-old was on track for entering kindergarten in less than five weeks. Kindergarten would not have been the significant milestone it was for our older children, who are 22 and 16.

What to do about kindergarten? We didn't know if we should start her, then yank her out five weeks later (we were highly optimistic despite the daily gloom in the Wall Street Journal), or if we should hold off and start kindergarten in our new home. We opted for the latter. We bought books with titles like "What Your Kindergartner Needs to Know" and "Teach Your Child to Read in 100 Easy Lessons," and we began a daily playtime that included reading, writing, and 'rithmetic. From our little one's perspective, it has been a blast. Every morning she dances around impatiently until it's time to start school. She has now had nearly seven months of staying at home every day, hanging out with her family, and attending school in my home office. We're worried that she will not be enthusiastic about attending real school when the time comes. From my perspective, it has been a challenge.

Apparently my skills as a businesswoman are not the same ones required to provide a kindergarten education. I am exhausted at the end of each 2-hour lesson. Did I push too hard? Not push enough? Is she making the appropriate progress? You know – the usual parental questions that always come back to the core issue -- how badly am I ruining my child? I was always relieved to be able to send my older children off to school each day. It was a comfort to know they were someone else's responsibility for the next six hours, and that that somebody else was far more capable than I of preparing my child's mind for the rigors of the future. Once we moved to the southern state in which we currently live (and are moving away from), that relief turned to constant anxiety. The schools are a huge disappointment. The community is small enough that you have to know someone to get into the very limited number of non-parochial private schools (we didn't), and I really don't think most parents – no matter how educated we are – are the best option for educating their own children. So the only option was to turn my children over to someone else's responsibility each day, but no longer with the comfort of believing they were in better hands than my own.

My older children have done fine, due to their strong personalities and undauntable natures. But both of them chose to test out of high school early and proceed with college, rather than remain in the quasi-violent holding tanks that our community calls school. And no doubt that played a strong role in our decision that our youngest would have nothing to do with the schools in this community. When she enters school, it will be in truly top-notch public schools (far from being a public-school antagonist, I am an incredibly strong believer in the system, though it has been damaged so greatly by no-child-gets-ahead and prior administration neglect and abuses that one wonders what we can do to salvage it). But in the meantime, I am gaining tremendous appreciation for those dedicated souls who throw themselves to the kindergarten gods each autumn, to embark on yet another season of teaching them social skills, reading, writing, and creativity. Without ruining them.