25 December 2020
Our magical Christmas expectations are a product of our privilege. Our notion that we have a right to big, bright, celebratory Christmases filled with cheer and holiday spirit and piles of presents is barely 80 years old. Christmas 2020 is more normal than you think. 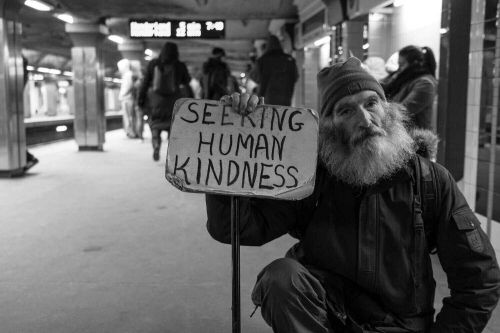 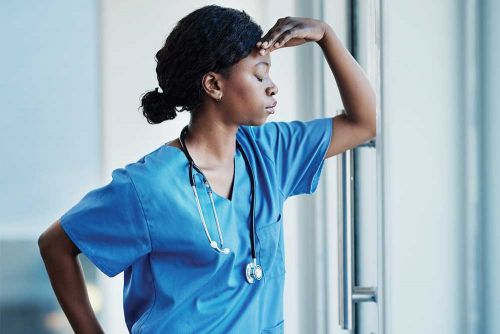 For the first Christmas in my lifetime of Christmas memories, I slept past dawn. Until today, I was either a child awake at first light, rushing downstairs to look in my stocking; a parent waking to get my coffee made before the children woke; or a grandparent with grandchildren sleeping over.

This year, with Christmas barely happening at all, it’s quite clear to me that I have always had the benefit of approaching Christmas with hindsight bias. Click to Tweet After all, anyone raised in the Christian tradition (and I was, along with the Jewish tradition) knows that Christmas marks the beginning of salvation for humanity – at least for the people who believe in the child whose birth is celebrated on this day. We already know the full story; the virgin birth, the child’s intelligence and character from a young age, his charisma and leadership as a young adult, his new message about a loving God who wants us to minister to and respect one another, his willingness to die for his beliefs, and his resurrection – which saves us all.

So we celebrate his birthday as a way of celebrating the 31 years of his life and the promise fulfilled at its end.

But I’m sure that Mary did not feel any of that on the first Christmas. For her, the day her son was born was filled with, well, childbirth. Having a baby is certainly joyful, but only once it’s over and you know everyone is healthy. Until then, it’s frightening and painful and exhausting.

Mary was young, probably 14 or 15 years old. In the weeks leading up to Jesus’ birth, she didn’t get to stay home, plan baby names, and paint the nursery. Instead, she spent those weeks walking, far from home, with no idea where she would be if her labor began. Today, the trip from Nazareth to Bethlehem takes two hours in light traffic. But in Mary’s time, it was at least a five day journey on foot. Whatever the reason for the trip (historians dispute the timing of a census demanded by Caesar Augustus), she would not have wanted to travel at that point in her pregnancy. It was a time of political and social agitation. Their ruler, Herod, heavily taxed the people, squandered their tax dollars, had an army of spies who constantly monitored them for any evidence of disloyalty, and capriciously murdered those he perceived to be a threat (including a wife and three of his own sons). Mary lived during a time of social tension, insecurity, and political theater.

Mary-the-Christian-icon had another burden to bear. She knew she was carrying a child who was meant for greatness, but would that give her any peace? Great men lived lives of increased risk, and were frequently murdered and imprisoned. Most mothers don’t desire for their children to be great at great risk – they desire for them to be happy and to live long, healthy lives. Any mother of such a child may feel blessed, but I imagine they would also feel dread.

So by the time Mary went into labor, she had been walking for days, and was exhausted, hungry, thirsty, and dirty. She probably had little security or control over her life, and she must have been deeply worried about her child’s future. Merry-Christmas-and-let-the-gift-giving-and-feasting-begin couldn’t have been further from her mind.

Our notion that we have a right to big, bright, celebratory Christmases filled with cheer and holiday spirit and piles of presents is barely 80 years old. Just one lifetime.

We have all felt the drag of global pandemic, economic insecurity, and political uncertainty this year, and those feelings have been heightened when juxtaposed against a holiday that we expect to be a cheerful respite, a time of largess, decorations, parties, and romance. Even my non-Christian friends are all complaining that this year just doesn’t feel like Christmas

But those are all very recent expectations of Christmas. If you put Christ back in Christmas from the Christian perspective, then it’s about the idea that God sent spiritual salvation in the form of a child. That child’s birth was the beginning of a new covenant between God and man, and the key to receiving that salvation was embracing the lessons that child would eventually teach. The birth wasn't the celebration of an achievement - it was the celebration of the beginning of learning a new way of being.

For those who are not Christians, there can still be meaning in this holiday. Take away the literal son-of-Godness, the prophesies of the Old Testament, the virgin birth, and the subsequent resurrection from the dead, and what do you have? A great philosopher, like Aristotle, Plato, or Socrates, who had some really interesting suggestions about what it takes to live a meaningful life.

So I’m going through a Christmas reset. Apparently, the universe doesn’t owe me the kind of comfort and security I crave. Cheer and conviviality are not a birthright. The presence of our children and grandchildren, or parents and grandparents, is not guaranteed.

What is guaranteed is that life will be difficult as often as it is easy. Look a little deeper, and we can see that the hard times are almost always the result of selfishness and greed, failure to care about others at least as much as we care for ourselves, and unwillingness to inconvenience ourselves for the benefit of others. Sure, nature throws in her bit of bad luck in the form of hurricanes, blizzards, and pandemics. But it is our response to those things that ultimately determines how miserable – even devastating – those experiences will be.

We can save ourselves by helping each other. The teachings of Jesus (messiah or philosopher – you choose) were for each of us to establish a more direct and loving relationship with God and not defer to the (possibly unwise) interpretations of those who set themselves up as intermediaries between us and God. Jesus implored us to love our neighbors, serve one another, demonstrate compassion. In his philosophy the fundamental virtues are kindness, service, and generosity. Taken as a whole, the real message of Christmas is that in a world that will often be hard, we must take it upon ourselves to make it better. For each other.

If we think about Christmas in this way, about the idea that salvation is most called for – indeed, birthed – during the dark times of need, then this Christmas may be the truest I have ever experienced.

So Merry Christmas. Now let’s go out and save each other.