You're not on Facebook for your health. If you're using Facebook for business, you need to get a return for that energy. Here are a few things to think about every time you post - each of which will help you improve your visibility to the algorithm and get your content in front of more potential customers.
22 May 2015
Never Miss a Business Post

Frustrated much? You have 4,824 Fans for your Facebook Page, but only 15-20 of them ever see your posts. Why does this happen?

Facebook looks at every single thing posted as an object. Status updates, photos, video links, events - every post type is just an object to Facebook. And Facebook analyzes each object to see how much interaction it gets (likes, comments, shares). If the objects you share on your Facebook page get lots of likes, comments, and shares, then your overall ranking will be higher. If your rank is high, Facebook will show your posts to more people. Here is the information you need to get better visibility.

Any time you login to your Facebook news feed, there could be 1,500 new stories for you to view. So Facebook has to decide which ones show up, and they created a system they call the Facebook News Algorithm to manage that. The specific workings of the algorithm are a huge secret, and it changes all the time (it used to be called EdgeRank, but if you use that term today you'll out yourself as oh-so-out-of-touch). We do know some of the scoring elements the algorithm uses though, including the following:

Do you have some friends or fans that constantly respond to you, share your posts, and like everything you publish? Those friends and fans help you have a high affinity score. The more high-affinity scoring friends you have, the higher your Affinity score will be. Here's the catch though - it only works one way. You can't click on other people's content and increase your Affinity score. When you click on their content, you only increase their Affinity score (a nice thing to do, but it doesn't improve the visibility for your own content).

Just like pouring someone a beer takes less energy than mixing them a martini, hitting the like button takes less energy than making a comment. Facebook knows that, so they give you brownie points every time someone gives you a mixed drink. Want to really increase your level of interactin score? Post activities such as contests and events - that's the equivalent of getting a Mojito.

If you share a new meme that nobody has seen before (and which they like enough to comment on or share), the algorithm gives you points for that. That tired old postcard of a woman complaining about no wine-glass-holder on her vaccuum cleaner? Not so much. Just to give you an idea of how Facebook looks at dated information - they call this element decay.

You can't really control this one,  but it's in the mix. If someone marks you as a close friend rather than as an acquaintaince in their relationship settings, that improves your Affinity score. If they choose to see all updates from you, rather than just most updates or only important, that works in your favor too.

Some people love seeing photos in their news feed, some prefer reading status updates, and some only like videos. Facebook monitors which type of content people prefer, and then it serves them that type of content. So guess what - if you only post photos, the people who don't respond to your photos ultimately won't see your content!

If users hit hide post or spam on your posts, it hits you in the algorithm. No big surprise there.

The computing power behind the Facebook News Algorithm is so huge that Facebook is literally tracking every single user's last 50 interactions (that's 1.44 billion active users per month as of April 2015), and deciding which content to give them every time they log in. All the elements we've discussed play into this decision,  but one element - recency - has a lot of weight. If you just posted something and a large number of your fans log in, they are far more likely to see it than if you posted hours earlier. But you need to be careful with this. Some people have tried to resolve this issue by posting to Facebook 10 - 15 times per day. While that works on Twitter, it's likely to get you marked as a spammer on Facebook.

Now What Will You Do?

You're not on Facebook for your health. If you're using Facebook for business, you need to get a return for that energy. Here are a few things to think about every time you post - each of which will help you improve your visibility to the algorithm and get your content in front of more potential customers. 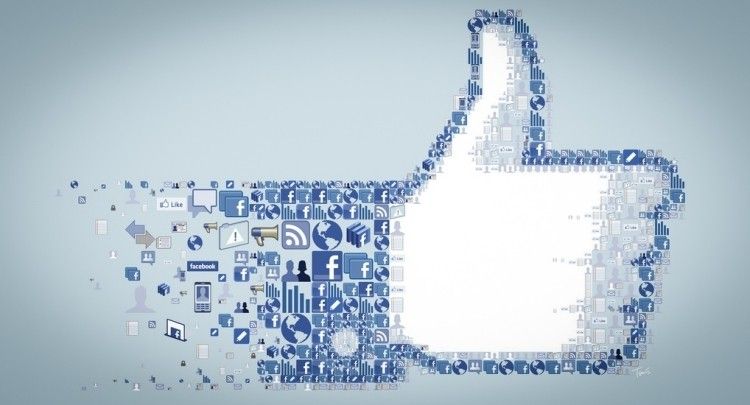