Despite constant benchmarking and study in the area of social media sales there continues to be misunderstanding about how social media really works and what expectations we can appropriately have of it.
14 August 2014
Follow Andrea

Despite constant study of and reporting about social media sales, there continues to be misunderstanding about how social media really works and what expectations we should have of it.

Sure, in the beginning there was tremendous excitement about how social media would level the playing field for small businesses. It was free, and it was the answer to small business sales.

So when I see quotes that speak to analyzing the success of your social media efforts based on the number of sales, I cringe.  Because that direct relationship doesn't exist and can't be readily measured.

Before social media, only large companies could afford to run display advertising in consumer magazines and commercials on television with sufficient coverage to create genuine consumer awareness. But no company ever claimed that it knew how many sales were driven directly by its Super Bowl commercial. Why? Because advertising isn't measured in that manner (see this article in AdAge about the way Super Bowl ads are measured and thought about).

It is fairly common for companies to complain that they can never tell if their advertising is working. As a result, many small business owners refuse to advertise. This is unfortunate, because the failure to advertise equates to a failure to go fishing for new customers - which is called prospecting.  One way or the other, all businesses must look for new customers.

We do know that companies and products with higher visibility and industry/consumer awareness have higher sales. This is one of the longest studied and benchmarked aspects of the advertising/marketing industries over many decades. Social media appears to have a similar effect as display advertising in magazines and on TV - it makes a brand or a product more familiar, so people are more likely to buy when an offer occurs. But just as when an advertiser runs an ad on TV the phones don't automatically start ringing, when you add a buy link on Facebook the clicks don't necessarily happen either. So what do we measure?

Social Media has a secondary benefit which has a cousin in the display advertising world. First, think about how feel-good commercials make you feel about a brand. When Coca-Cola sings about inclusiveness, when the Ford spokesman acts like your next-door neighbor, when Flo at Progressive Insurance makes us laugh, we develop warm feelings for the brand.  This is a very specific advertising method designed to improve consumer brand engagement through an emotional connection.

Social media has an even more tangible engagement effect, because you can improve brand engagement with an emotional connection built on actual, authentic engagement. It requires commitment, but it works.

It's About the Sales Cycle, not the Sale

Remember how the Sales Cycle works?

So remember: You don't have to do Social Media. But you must market and promote and seek new prospects on a constant basis, and the economics of prospecting on Social Media are extremely advantageous for small business. But if you decide to use Social Media as part of your advertising and marketing strategy, don't think you can measure its effectiveness with a direct relationship to sales. That will only lead to disappointment and discontinuation of a medium that - if you're using it correctly - is providing a different set of important - and measurable - benefits. 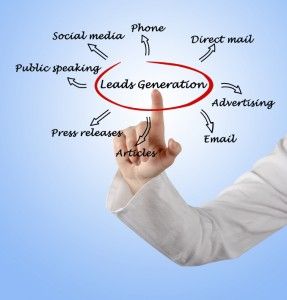