When Talking Gun Violence, Look at the Whole Picture

29 January 2013
When it comes to gun violence, as with so many things in life, it's really important to zoom out and look at the whole picture, and not just the few pixels that interest you.
Never Miss an Article 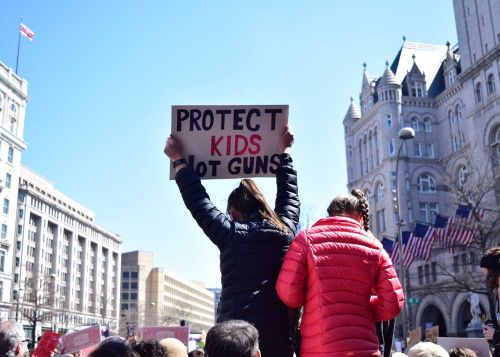 Citizen gun pundits are having a ball the past few days quoting Newt Gingrich to support their lack of support for gun control. The latest is that Newt picked up on the statistics about gun violence in Chicago, and used Chicago's tight gun control laws and high gun murder rate as a rationale for less gun control.

But as with so many things in life, it's really important to zoom out and look at the whole picture, and not just the few pixels that interest you. In Chicago, the vast majority of the gun murders are due to gang-related violence. Misguided children running around shooting one another fueled by hopelessness and drugs. If you talk to the people in the neighborhoods where this is happening, they will all tell you that the last thing they want is more guns - and that the 'promise' of concealed carry would only make them all even less safe. If you go into the neighborhoods where gangs are not an element (and that's most of them) the only people concerned about gun violence are the women who are being abused by husbands/boyfriends (the other large % of gun violence in the city).

The next thing you would see upon zoom-out is that the big reason for the proliferation of guns in Chicago is that you can go a mere one hour north to Wisconsin and get any gun in any configuration from just about anybody. This close proximity of gun dealers who make a healthy living off of Chicago gangland demands makes it close to impossible to stop the gangland gun violence in Chicago.

I never feel in danger of guns in Chicago unless I have need to go into some areas of the South or West Sides where the gangs are active. But I sure wish there was no way that these kids could get their hands on 1) easy guns with no requirement for registration and background check in Wisconsin or 2) automatic weapons. While it would still take years to reduce the numbers of guns already in circulation, it would be the beginning of change that we really need to happen.

Just in case you want a little perspective from someone other than Newt, who is renowned for his pixilated perspective, here's a different article on the topic looking at it from a bit of a broader view. http://www.washingtonmonthly.com/political-animal-a/2012_12/500_murders_in_chicago_in_2012042087.php