When Leadership is Lacking, Nothing Else Matters

12 April 2014
Leadership requires clear values and the ability to ask who do we serve and what do we stand for.
Never Miss an Article 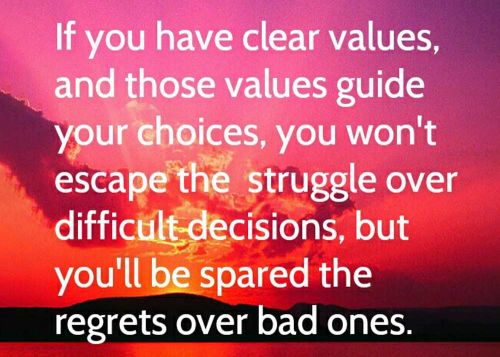 The Pope is leading again.

He has taken personal responsibility and apologized for the sex abuse by Catholic Church. I honestly didn't know which category to put this commentary in - the business/leadership blog or my Saints & Sinners section - because it is deeply relevant to both.

From the Catholic Church perspective, there is a long way to go before true healing can take place. Injured people are still fighting for validation and reparations from a generally hostile Bishopric.  But this accountability, this personal willingness to take responsibility for things that he was never personally a part of, this is the essence of leadership, and it will enable the healing to begin.

Up until now the Popes (including Pope Francis) expressed their unhappiness with the situation and spoke out against sexual abuse. But those statements had a hollow ring to them. Those statements were like the good friend who stomps all over your feelings and then says, "I'm sorry you're upset," instead of saying, "I'm so sorry that I hurt you." The first is entirely superficial, the latter is genuinely accountable.

Every organization of every type makes mistakes, and any mistake that hurts or damages the trust of its constituency will directly interfere with the organization's purpose. Hundreds of thousands of Catholics lost faith in their Church's ability to be a credible spiritual leader because the Church would not take responsiblity for the behavior of its leaders.  The whole purpose of the Catholic Church is to bring people closer to God, and that purpose could not be effectively served - not just because of the mistakes, but because of the Church's failed response to those mistakes.

As a leader, there will be many times when you must sift through the details and get to the principles of an issue. Asking, and answering, the questions who do we serve and what do we stand for should be key considerations in your deliberations. In the case of the Catholic Church, it is clear that the leadership thought about money and reputation - and almost nothing else - in its efforts to hide and then evade the sexual abuse scandal. If every Monsigneur, Bishop, and Cardinal had instead focused on who do we serve (the Catholic family) and what do we stand for (love and goodness in Christ's image), they would have realized that only accountability and immediate resolution would have been a sufficient response. In the end, the Catholic Church's approach to the sex scandal cost them hundreds of millions (or more?) of dollars and turned into a publicity nightmare anyway, but with the added disaster of disenfranchising so many of its members and tarnishing its reputation across the world.

This type of failed decision-making has contributed to business melt-downs as well. Nobody will ever think of the name Enron again without thinking about its failed ethics. While they accomplished many interesting and even game-changing things during their years as a business powerhouse, ultimately their failure to think about who do we serve and what do we stand for led to their demise and landed more than a few people in jail.

Bob Filner, former mayor of San Diego, didn't consider his constituents or his principles when he behaved inappropriately toward women. Even if he had very weak character development (which does seem likely), a pause to consider what a person with character would do may have led to different outcomes for both the women he hurt and his own utterly ruined career. Surely giving some thought to what his constituents would think about him feeling up women in his offices if they found out about it might have caused him to behave differently.

So I am excited. Though I am not a Catholic, I treasure important role models for the good they can do for all of us. Pope Francis has clearly stopped and reflected on who do we serve and what do we stand for, and he has come down on the side of accountability. Let the healing begin.