10 February 2014
The appalling lack of spelling and grammar on the internet points to a much larger issue of social and economic concern.
Never Miss an Article 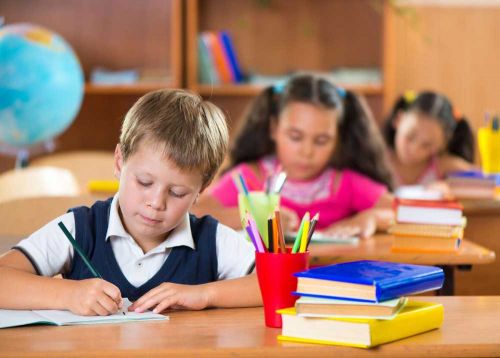 and the Not-So-Subtle Shift it Heralds

Anyone with a Facebook page and a modest command of the English language can be quickly disheartened by the appalling lack of spelling and grammar skill in our society. Even taking into account the percentage of people believed to have dyslexia or other impediments to reading and writing (10% - 15%), the results seem to be damning.

But are they? Or are we simply seeing something that always existed?

Consider that a mere 100 years ago much of the US population received a 6th grade education, if that. Only 72% of children even attended school in 1910. The high school movement took on steam in the 1920's and 1930's. By the 1930's, 100% of children were enrolled in primary schools, and by the 1940's there was meaningful enrollment in high school.

OK, but still, that means we've had 70 years to get our grammar and spelling under control, right?

Now let's figure in social factors. In 2008, the US had a 78% graduation rate from high school, and 27% - 29% of adults had an educational level of "bachelor's degree or higher." Statistics indicate that less than 50% of all students intend to enter administrative, professional, or managerial work - work that demands proficiency in written expression - and less than 38% actually do. Factor in concerns related to poverty, race, state budgets, and antiquated curriculum models, and it's not terribly surprising that so many people do not express themselves well in writing.

We Just Didn't See it Before

In the early 2000's I was CEO of a large business-to-business corporation. Like most corporations at that time, we were working hard to implement modern technologies and embrace modern ways of doing business. As our internet site became increasingly popular, we recognized the need to offer "live chat" services to our online visitors. At the same time, we realized we were doing an increasing amount of customer service via email. The thing that kept me awake at night was how difficult it was to find employees who could express themselves effectively (even adequately) in writing. Our employees were the best-of-the-best in our market - jobs at this company were coveted and we never had a difficult time finding applicants. Still, within an employee base that distinguished themselves on a daily basis for excellent verbal communication and customer service skills, we had an extremely difficult time finding candidates for the jobs that required proficiency in writing.

In the not-so-distant past, relatively few people ever expressed themselves in writing after they completed their primary education. Perhaps an occasional letter was written, but otherwise there was little demand for writing skill. Today we face a world in which much of lives are lived online - both personal and business - and our skills at the keyboard are on display for all the world to see. So this isn't a new problem, it is new visibility to an old reality. And only now - as manufacturing jobs are replaced with service jobs and our worlds switch to the written word - is it becoming a significant, visible, problem.

As the debate about public education rages on, and we dither about solving underlying problems like poverty and access, I hope that some attention is being paid to the fact that we need to address the ways in which we teach writing skills to our children. I know with my own granddaughter (whom I home-school), the traditional methods of teaching grammar elements leave her daydreaming about what she could be doing on Instagram, though it is never difficult to get her to curl up with a good book. We will continue to explore and experiment with teaching good writing skills at home, and hope that, as a society, we also seek answers to what is sure to become an increasing concern with economic impact for individuals and businesses alike.