Must POTUS Believe in Evolution?

21 July 2015
Perhaps individual Americans have the luxury of engaging in low-quality thinking (and I just say perhaps – I don’t personally believe that to be true). But our leaders, particularly our President and the leadership at the highest level of this country do not have that luxury; we cannot grant them that luxury. Our future depends on electing leaders who are skilled in the act of thinking. 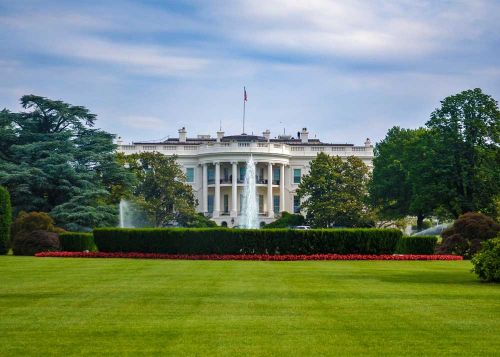 “I just read that there is not one Republican candidate for the 2016 presidential election who accepts the theory of evolution. How can this be true? This is the worst thing I read all day.”

This statement elicited a number of responses, one of which was this:

“I don’t know what the Republican candidates actually believe when it comes to their views on evolution, nor do I know what the Democrats believe. I don’t really care that much about what they believe as far as evolution is concerned. I am more interested in immigration, economy, healthcare, infrastructure, environment, and foreign policy.”

So here, in three points, is why what our candidates believe about evolution matters.

Science is Key to our Future Prosperity

Let’s start with a basic premise. “An overwhelming majority of the scientific community accepts evolution as the dominant scientific theory of biological diversity.” (Delgado, 2006). Furthermore, “Serious scientific publications disputing evolution are all but nonexistent.” (Rennie, 2002)

People who reject evolution rely on a few primary arguments to advance their cause. I won’t try to address these arguments here – there are many people far more qualified than me who have done so already. I suggest reading these two reasonably brief online resources:

If you are a person who doubts evolution, and if you just read the two references above, then you may now understand something very important: In order for a person to reject evolution, they must have a weak or nonexistent understanding of science and the scientific process. If a person understands science, they can instantly see the logic failures in the arguments against evolution.

Science isn’t just a class you were required to take in high school, breathing a sigh of relief that you didn’t flunk. Nor is it simply a lab experiment to test a chemical or electrical reaction. One of the failings of science teaching in the United States as that we teach science as an activity or a series of projects, and not as a way of thinking. And more than anything else, science is a way of thinking.

Unfortunately, this has led to America ranking close to last in math and science (math is also a way of thinking rather than a ream of worksheets) among industrialized countries. International comparisons put the United States at the bottom of rankings for math (21 out of 23) and science (17 out of 19). And the majority of graduate students studying science and technology in the United States are from China and Korea.

At the same time, the Texas GOP 2012 platform includes an element that seeks to remove any curriculum that promotes critical thinking (which is a principle of scientific thought) among students, out of the expressed fear that students should never be taught to question things their parents teach them.

I will cede that international tests are not the only indicator of national success, but there is no doubt that technology and science will be the basis for nearly all economic and social innovation in the foreseeable future. To have a President of the United States who does not believe in evolution, effectively rejecting a key tenet of scientific thought that is agreed upon by 99.9% of scientists worldwide, means that we risk not having the foresight and the leadership in the White House required to help our country stay in a global leadership role.

Critical Thinking Skills Must be a Minimum Standard for Presidential Candidates

“The world is swiftly changing. With each passing day, the pace of life and change quickens. The pressure to respond intensifies. New global realities are rapidly working their way into the deepest structures of our lives: economic, social, cultural, political, and environmental realities – realities with profound implications for thinking and learning, business and politics, human rights, human conflicts. These realities are becoming increasingly complex; many represent significant dangers and threats. And they all turn on the powerful dynamic of accelerating change.” (Richard Paul and Linda Elder, “Critical Thinking").

In order to lead in this world of change, our leaders must be able to wrap their minds around all the angles of many issues, succeed at understanding problems outside their own cultural context, and find ways to communicate with other leaders whose social, political, and cultural view of the world are dramatically different from their own. To do this requires the highest quality thinking, thinking skills that have been honed over many years by challenging what they believe, examining their own assumptions, and pursuing depth of understanding in addition to breadth of understanding. Our next President must have profound critical thinking skills.

"Critical thinking consists of seeing both sides of an issue, being open to new evidence that disconfirms your ideas, reasoning dispassionately, demanding that claims be backed by evidence, deducing and inferring conclusions from available facts, solving problems, and so forth.” Daniel T Willingham

A President who rejects evolution for reasons that cannot be supported by objective, critical thinking strongly suggests that he (or she) is a person who does not value critical thinking. This person cannot be trusted in such an important leadership role in such a complex world.

Honesty Shouldn't Be an Afterthought

Some people have suggested that many of the 2016 GOP candidates actually do believe in evolution, but they are unwilling to say so because they fear the extreme right wing of the Republican Party.

Of course, we’re not accustomed to much forthrightness from our politicians. But when Americans are polled, we talk about how we want to change Washington and the political mess it has become. So if some or all of the GOP candidates are lying about what they believe before the primary is even over, we certainly are not getting the change we say we want. At the very least we could count on these non-believers to continue to support policies cherished by the far right wing but at odds with the needs of much of the rest of society. As my friend (John P. Jackson, Jr., PhD; University of Colorado at Boulder)) stated, “It doesn't matter if they "really believe" it or not. What matters is their actions and the kinds of policies they enact.”

Perhaps individual Americans have the luxury of engaging in low-quality thinking (and I just say perhaps – I don’t personally believe that to be true). But our leaders, particularly our President and the leadership at the highest level of this country do not have that luxury; we cannot grant them that luxury. Our future depends on electing leaders who are skilled in the act of thinking.

So these are three very big reasons to care about whether or not the people seeking our vote believe in evolution. Because science itself matters. Because critical thinking – the basis of the entire scientific process – matters. And because telling the truth matters.