Let God Worry About It 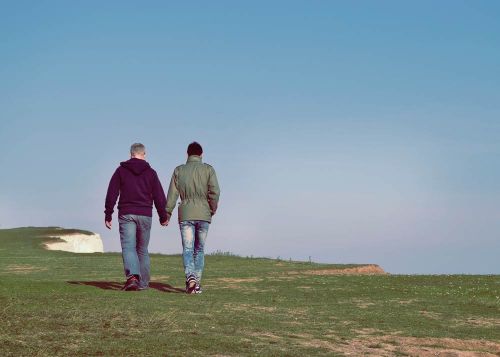 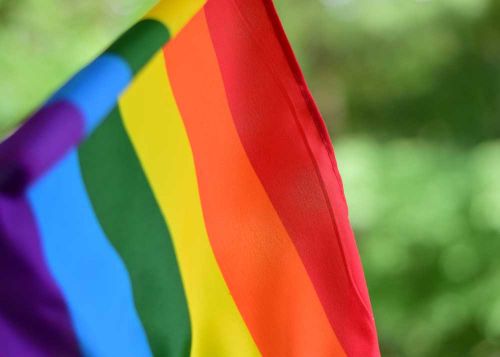 Several months ago I received a personal email from a long-ago friend who is now a protestant minister. Apparently he had (finally?) learned that I am gay, and felt compelled to express to me his concerns about my choice and therefore, my soul. I was a little surprised that he felt so compelled to impose his opinions on me that way, but chose to use it as an opportunity to write the "what I would say to a minister if he out-of-the-blue decided to preach to me about my queerness" blog.

Thanks for your email (I guess). Not surprisingly, I have a rather different view. Men of God have powerful control to shape society and influence how people treat one another. More control even than politicians or parents. So the influence of ministers, priests, rabbis, and other spiritual leaders is of paramount concern to me as it relates to the shaping of a just and loving society.

In the times of the old testament the religious leaders determined that rape was OK if the man paid the father of the woman he raped 50 shekels and then married her and never divorced (Deuteronomy 22:28). Lucky girl, right? But society was influenced by this determination, as dictated to Men of God by God himself. Rape in that time was condoned. God's instructions (as interpreted by Men of God) on how to take a second wife are found in Exodus 21:10 - in those times polygamy was also an acceptable practice. Also in Exodus, 21:7, you can learn the rules about how to sell your daughter and what to do if she fails to please her new master. These are really old references, right? But these are excellent examples of how men interpreted for other people the Will of God - and thereby shaped the society of their times with their interpretations.

I believe that it is perfectly fine before God's eyes for blacks and whites to marry one another. But as recently as 40 years ago (and in some places, it probably continues today) preachers used the Bible to justify their position that blacks were less human than whites, and therefore intermarriage was an abomination and a sin. They relied largely on the Book of Numbers for this, though there are ample references throughout the Old Testament decrying any form of intermarriage between the Israelites and others considered to be 'lower' than them.

And now preachers use the Bible to say that being gay is a sin, and they can find a few Biblical references to support this, just as there are a few references to the acceptability of rape, polygamy, slave-keeping, and other things that we all agree are abominations today. Yet science can show that gays have existed since the earliest recorded human history. How long will it take- 40 years? 50 years? - before we look back on this time and shake our heads, just as we look in shame at the time when we kept slaves in the United States backed by numerous Old Testament references to the acceptability of keeping slaves, or at the times when blacks who married whites were punished by death or jail? Humans have used their interpretations of the Bible - primarily the Old Testament - to support our biases and fears for many centuries, and I don't expect that to change. We are champions at rationalizing our bad behavior.

But there is no reference to Jesus Christ saying that being gay is a sin. His entire message was to focus on our own spirituality, treat one another with love and without judgement, and to let God worry about the rest. I sometimes wonder - is God more likely to be upset with us for judging someone that He actually loves unconditionally, or would he be more upset with us for loving someone unconditionally that he ultimately judged?

So that is what I believe. Our references are probably somewhat different. As a Jew, I still love to study the Torah and other sacred texts. As a person who went entirely to Catholic schools, my Bible of choice is the New American Bible. As a protestant, I suspect you rely more on the King James. But ultimately, I'm just a spiritual human being, and I can't bear to watch the world justify hatred, bigotry, and war by searching for references in various religious texts that are more relevant to the times in which they were written than to the actual intent of God - whom we all agree is most difficult to understand given our less-than-perfect state. I can only support messages that are closest to that of Jesus himself - a message that says "love one another, be kind to one another, accept one another, don't throw the first stone, and let God worry about the rest." Because honestly, if we started feeding the poor, sharing the wealth, condemning all forms of war, and treating one another as if we could see God's face in the face of each person we looked at, the world would be a beautiful place. And the fact that some men slept with men and some women slept with women wouldn't matter at all in a world like that, would it.