When Each Option is Potentially a Bad One

When faced with difficult options, all one can do is analyze it to the best of his or her ability, try to challenge all assumptions, then make a decision.
02 April 2009
Never Miss a Post

My blog yesterday about Singularity Design in Philadelphia – and the subsequent response from Jeffrey Greenhouse, its president – brought to mind a few situations I have faced in the past. Situations that required juggling the often divergent demands of immediate gratification and long-term reward, or the conflicting demands of desire for safety versus need to take risks.

One situation involved an ERP implementation. In this case, the juggling was a matter of present risk/future gain versus present safety/future risk. At the time, the percentage of ERP implementations that did not succeed was over 50%, and this particular implementation was among the most complex – involving every aspect of a company from manufacturing to supply chain to marketing to administration. The juggle came in year three, after two or three (I forget now) delayed implementation dates for a variety of good reasons. The questions: 1) Was there any possibility that the risk of the implementation could be significantly reduced or eliminated by further testing and coding, or 2) would the ongoing nature of the programming, testing, coding and delays so erode productivity and morale that further delay represented the greater risk? (there was a third risk, which was that the existing legacy system was not expected to survive the upcoming busy season, having crashed hard the prior year and a number of times since then).

These are the types of questions that all senior executives find themselves faced with at some point (unless they are taking no risks at all, which leads to an entirely different set of business problems). All one can do is analyze it to the best of his or her ability, try to challenge all assumptions, then make a decision. Knowing whether or not the “right” decision was made is sometimes impossible, and anyone who insists they knew the outcome in advance – or that the outcome of the decision made is better than or worse than the alternative decision – is deluded.

I haven’t talked to Jeff yet, but he may have been faced with sacrificing the quality of an interim website for the investment in a far-superior rebranding effort. That would be an example of making a difficult decision between two competing demands.

My advice to business owners? First, recognize that risk avoidance is not one of your options. It may feel safe, but it will ultimately put you out of business (or shrink the business so far you might as well be gone). Consider the example of GM and Chrysler. They aren’t in trouble because they took significant risks restructuring, rebranding, or redefining their companies. They’re in trouble because they kept riding the status quo, tweaking the known, and resisting the pain and suffering that comes with major change. Had they taken transformative business risks and lost hundreds of millions of dollars learning valuable lessons, they would probably still be better off than they are right now.

Second, if you are not experiencing significantly conflicting or competing demands on a fairly regular basis, you’re probably not pushing hard enough to create the business you could have. And you might as well decide to enjoy it – because the bigger the business becomes, the harder those decisions will be.

Finally, who the hell knows? That’s right. In the end, you make the best decision you can make, and you simply can’t know if the alternate decision would have been better . . . because you didn’t make it. Unless your life is like the movie Sliding Doors, you can’t view your decisions in parallel and compare the outcomes (at which point you’d be faced with deciding which outcome is better, which is a challenge unto itself, but this would take us on a philosophical tangent). In the case of the ERP implementation, there was no way to know whether the hardships the company (and its customers) experienced in the four months following the transition were better or worse than the hardships that may have been experienced had the legacy system failed during the busy season. So your job as a business owner is to:

I’ll speak to a second scenario involving conflicting demands in my next blog post, either later today or possibly tomorrow. For now, consider this. A struggling economy is frequently the breeding ground for the types of difficult decisions we are examining. If you are currently facing this type of situation, how are you handling it? If your response so far has been to pull a Scarlet and say “I’ll worry about it tomorrow,” you may be allowing circumstances to make your decision for you. Your ultimate responsibility is to make decisions. Easy or difficult, right or wrong, if you’re doing the work of evaluating your options, you’ll always be better off making the mistake yourself than leaving things to chance. 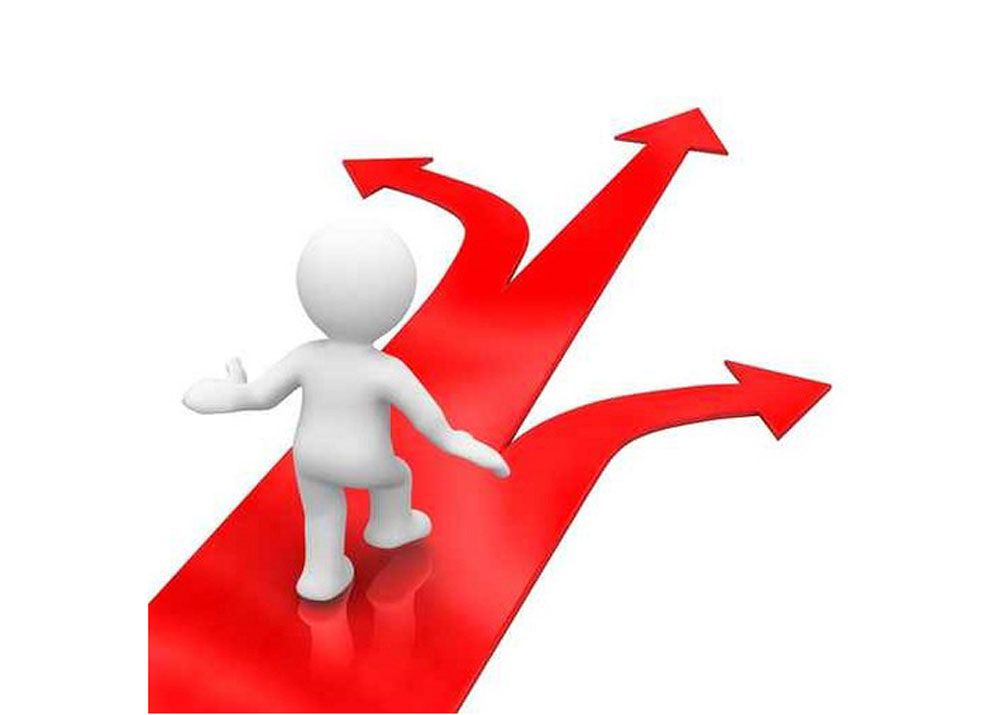