This month the New York Post’s Page Six gossip column took the female CEO of a major jewelry company to task for being abrasive, hurting employees’ feelings, and keeping employees in long meetings. The article was passed around in jewelry circles as an example of both bad bosses and female-leader-bashing, depending on the point of view. In my point of view, it was both.

Well, not necessarily. We’re talking about a gossip page in a newspaper for Pete’s sake. Whispers of irritation from inside sources don’t seem reliable to me, and I have no idea whether or not this person is a good boss. But there are two things that really should be addressed.

The first, and many have said this before me, is that if a man said the same things or acted in the same ways, he would be considered a bold and aggressive leader, action oriented, with high expectations. Men are leaders, women are bossy, right? When female leaders are tough they make the gossip sheet. When male leaders are tough they call it news. This will only change when we refuse to turn a blind eye to it. The news editors will stop writing it when people like us stop clicking on it and start writing letters to the editor about it.

The second is the thing that bothers me about my first statement. If it were a man . . . it would be perfectly acceptable to be a bad boss. As a corporate culture expert, I can’t let that stand without challenging it. The last thing corporate culture needs is another bad boss, and the last thing women should do to ascend corporate power structures is to become bad bosses.

What are these leadership and management traits that women are typically better at, and how can we cultivate them to create healthier, more innovative, and more resilient companies?

Women are more efficient with time

Being efficient with time is a critical component of strong management. Getting the right things done first, letting the less-important things fall to a lower priority, entering a meeting with an agenda and clear expectations and moving efficiently to a set of meeting deliverables; these are things that women are (yes, generally) better at. Time efficiency not only saves the company money, it speeds innovation and it respects that employees are busy too.

Collaboration, cross-discipline innovation, and information-sharing will be at the heart of the next era of business. Men tend to be more competitive with their peers and women tend to be more collaborative. Leaders who know how to participate as a member of the team and who are capable of inspiring team members to collaborate with each other are increasingly in demand.

Women are better leaders across the board

In fact, Harvard Business Review conducted a study in 2012 that indicated women were definitively better leaders than men, excelling in the following areas:

Whew! The only point on which men scored higher than women was Develops Strategic Perspective (hey, if you're worried I can help you with that).

How do we change?

How do we cultivate more of these behaviors and make it safe for women – and men – to lead in ways that in the past may have been viewed as weak or less masculine?

The first is to break the barrier that places men in the majority of leadership positions (64% overall, 78% of top managers). Whether this is due to blatant discrimination or more insidious social conventions is irrelevant; the only way to change a pattern is to disrupt it. And men are not solely responsible for this imbalance. I cringe to think of every time I’ve heard a woman say, “I hate working for women bosses, they’re bitches.” We can hardly expect men to stop looking at leadership as a gender issue when women are also responsible for reinforcing negative perceptions. How do we disrupt the pattern? By actively supporting women we work with as they are offered promotions, by being less suspicious and more supportive of women bosses, and – for those of us in a position to do so – by addressing our own biases and hiring qualified women to management positions.

The second thing we can do is provide mentorship. Most companies – particularly outside the Fortune 500 (which is most companies) – do a terrible job of providing training and mentorship for new managers. Those of us with extensive leadership experience must provide mentorship to new female managers (though I wouldn't turn away a fella who wanted mentorship to be a more effective leader), helping them choose positive and productive management traits over the less desirable traits they may be more familiar with. This mentorship should extend to managers who have been in their roles for some time, but who sense they could be more effective if they learned a different approach.

Finally, we need to work on our own leadership skills. Every day, without fail. Our shared goal should be to create work places filled with mutual respect, excellent communication, joy in shared success, freedom to make mistakes and learn from them, trust for management, work/life balance, and concern for workers’ families.

So the next time you read an article that takes a woman to task for being a strong leader, speak out against treating women differently than men when it comes to strength. Then, take a moment to privately hope that the female leader in question hasn’t made the mistake of leading like a man. 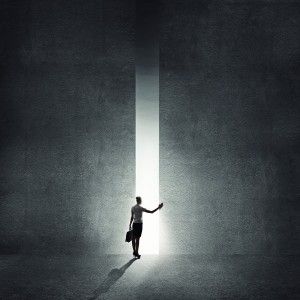