Karma Crackers in My Soup

Push people because you owe it to them, not because they’ll appreciate it – because they won’t.
16 August 2007
Follow Andrea

I received an email from a former employee this morning that surprised me. She was always someone with whom I had a fairly prickly relationship. Never contentious, but I never got around to feeling like she quite trusted me either. That didn’t keep us from working together or keep her from getting raises and recognition. I just know that it was never terribly comfortable.

In her email she said, “I’ll be honest. When you first left I thought all right! Things will get easier for me now. And they are easier, but I’m not sure any more that’s a good thing. Its more than just that there’s no guidance around here. But there’s nobody to push me. I met my folks last night at dinner, and I told them how things were going, and about for the first time how hard you were on me when you were there. And they said that you must have believed in my abilities to push me so hard. And I think you must have and that I didn’t appreciate it and I just wanted to let you know that I can see that now.”

There are two things that I was taught early on in my career that I have taken to heart. The first is ‘the higher you fly, the more you get shot at.’ So don’t pursue leadership if you’re too thin skinned to handle getting treated like skeet.

The second is ‘Push people because you owe it to them, not because they’ll appreciate it – because they won’t.’

This is an extremely difficult adage to live by, particularly if you’re the type of person who wants others to like you. It requires a tremendous amount of self-doubt to do it well. You have to question why you are pushing, and if you are pushing in a direction they can be successful in, and are you giving them enough training and information and support to ensure they have access to what they need to learn, and are you letting them know simultaneously that you believe in them? Then there are the times when you are pushing someone to move out or move on. Is it because they really can’t be successful where they are? Or is it because you’ve run out of patience before they’ve run out of potential? And are you hinting around hoping they’ll catch on, or doing the grown-up thing and being really direct?

There are always a few people who appreciate the pushing. They take it as a form of positive attention and they thrive in that environment. There are always some who believe that you have nothing to teach them, and they throw up the walls of cynicism to keep your influence out. And then there are some like the young lady who wrote the email, who figure it out eventually. It’s not too late for her. If she’s smart she’ll find someone else to push her, and this time around she’ll understand what they’re doing and that it’s to her benefit. And if she’s really smart, she’ll get to the point in her career where she can push someone else to be more successful.

And she’ll do it, even if they don’t appreciate it. 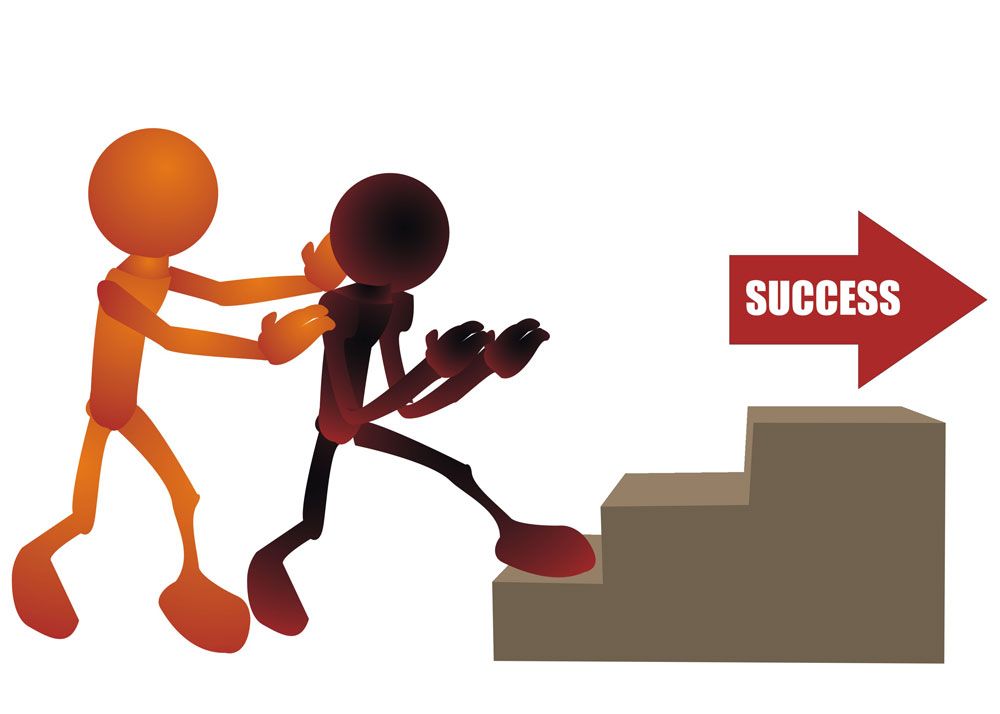