Don't Let This Industrial Revolution Pass You By

Do you have enough information to analyze your business from product to price to timing to turns?
04 February 2014
Never Miss a Business Post

What is the Internet of Things?

I've been holding on to the front page of the Milwaukee Journal for a month now, returning over and over to an article written by John Schmid about the Internet of Things.  Mr. Schmid didn't invent the term, referred to in technology circles as IoT. I can find references to it going back to the Consumer Electronics Show in 1994, when remote-controlled thermostats were introduced. In March of 2010 McKinsey & Company referred to the Internet of Things as "sensors and actuators embedded in physical objects—from roadways to pacemakers—linked through wired and wireless networks, often using the same Internet Protocol (IP) that connects the Internet."

Until now, the concept has been one explored primarily by big data - Cisco, Rockwell, General Electric, and other massive enterprises that will make their next wave of fortunes by connecting all these things to the internet. But in the Journal Article, Mr. Schmid quoted Keith Nosbusch, CEO of Rockwell Automation Inc. saying, "We are past the inflection point, where there are now more things connected to the Internet than people."

In the article Mr. Schmid states, "The Internet of Things will be defined by the exponential growth of web-enabled "things" that measure, monitor, and control the physical world, talking with each other more than they talk with humans. Among the many examples: thermostats, car keys, public toilets, lake levels, parking meters and parking spaces, refrigerators and televisions, subways and airports, automated teller machines, soil conditions for crops, and garbage cans that can say when they're full." Cisco Systems CEO John Chambers refers to this as the "fourth wave of the internet," but that under-represents the enormity of IoT. This is the next industrial revolution, and we are already in it.

How Does This Apply to Your Business?

It's easy to picture how big companies involved in making microchips and writing code to connect and monitor the things housing those microchips can benefit from (or get left behind by) this trend. But it may be more difficult to see how it applies to you and your business.

First, some of the larger aspects of IoT must be carefully considered:

These are already being debated in the tech world, and to a very small extent by Government, and we need join these conversations and move them forward quickly, because once again technology is getting way ahead of our ability to anticipate how it will affect us.

And what about the social implications? Most of my readers are small business owners - we live and breathe in the small microcosms of our communities and our niche industries. What does the IoT mean for us? There must be myriad social implications about this next phase of the world we live in. I think this is why I've been holding on to the newspaper for a month. I can intuit that we need to be very aware of and responsive to this next phase, but I can't quite articulate why. I don't like it when I know something without knowing. Here are a few things that occur to me, and now that I'm considering IoT and its affect on my world, I'm sure that I'll come up with more.

The Internet Made Small Business More Competitive. IoT May Reverse That Trend.

Big business has been trying since WWII to satisfy American consumers' demand for ever cheaper goods. Moving factories from country to country, chasing cheap wages, is only a temporary solution. But the next wave of automation could put each of these large businesses on a brand new track of cost-cutting. Oh sure, we've had automation for years now. But this is a new phase of automation, a world of truly "smart" factories, factories that can sense and correct for quality deficiencies before the products have moved to the next phase. We're talking about factories that can modify and manage production schedules on-the-fly to accommodate changing customer needs and escalations.

If you are a small manufacturer, and you haven't even automated your data yet, this could be bad news for you. We're past the point where knowing your true costs and having visibility to your purchasing needs and production plans is sufficient. Now, those are the minimum standard necessary to compete. How will you take advantage of the next phase of manufacturing technology if you don't have strong technology protocols in place already? And don't just assume that all these automation elements will be too expensive. There is a good chance that much of the technology required to run the Internet of Things will be affordable very early on.

Retailers are on the verge of being able to quickly analyze what's hot and what's not, move inventory around to be more conducive to traffic patterns, make offers more exciting and relevant on-the-fly, and be more proactive to their customers' needs, wants, and timetables. If you're only analyzing your inventory a few times a year, not replacing important items as they are sold, and failing to correct for the unsold walk-outs, your store will feel boring and static.

Some of the Impact will be Perception

When stores first offered personal check-out computers, they were a novelty, but cool (even though they almost never worked). Younger people were drawn to them, and older people tended to avoid them. So imagine how I cringed last week when I was in a specialty retail store and a consumer complained to the salesperson, "I could check myself out faster at Target." True, the consumer couldn't buy the item she desired at Target, but could she  find something else she wanted with that same money? Of course she could. And I'm sure she left that store with an impression of its backwardness, not a perception that it is a relevant business that can meet her needs.

Small business is often quaint and colloquial and community-based, and those are wonderful attributes. But we have to find a way to remain those things while responding to the expectations of our consumers as their expectations evolve. When I was a child, growing up in Iowa, I was acutely aware of how different my clothing and mannerisms were whenever we would visit my cousins who lived just outside New York City.  These days I bring my granddaughter -who lives in a town of less than 1,900 people in Wisconsin - to New York, and you wouldn't be able to tell her from the other children. There are no more pockets - at least in the United States - that are immune from the changes taking place. It's probably OK to still take paper tickets at the open-three-months-a-year gift shop in the North Woods, but it's not OK to be perceived as backwards when you are a small business competing for daily traffic on Main Street.  For the past few decades we've been driving horse-and-buggy while big business bought cars. But the tipping point is here, and we must move on.

Where Do You Start?

Start by accepting that embracing technology is not optional. I'm not sure if it ever was, but considering the speed of change we are facing, that moment in time is gone. Start with you. Start by recognizing that it is no less possible for you to learn to work a computer or a software than it would be for you to learn to survive in the wild if you had to. Trust me, if you needed to kill a rabbit with your bare hands in order to eat dinner, you'd eventually get hungry enough to do so, and creative enough to figure out how. The reason most technology hold-outs haven't jumped in yet is because it's daunting, and they are busy, and they don't feel like learning something new.

Start by evaluating which aspects of your business are lagging behind the technology curve.

Most small business owners have sufficient bookkeeping software or support. But do you have enough information to analyze your business from product to price to timing to turns? Are you making management decisions based on support from data, and not just using your gut? You need both. And our gut instincts get continuously better as we feed our insights with real data. Data in real-time, not just data at the end of the year.

How easy is your Point of Sale? Is it quick, intuitive, and considerate of the customer's time? The customer wants to spend her time shopping and making decisions, and then she's done.  So you need systems that can balance your need for information, that can inform your thinking about which information is most valuable, and can do all that while being transparent to the customer.

How well are you managing your inventory? Do you know exactly what every piece cost to make or buy, how long you've had it, whether or not it's been returned, and what was wrong with it? And can you do all that with a snap of the fingers instead of by digging through old receipts and questioning your staff's memories?  Can one of your employees pick up with a customer where the another employee left off? Is your business capable of being the ultimate massage therapist, never taking a hand off the customer?

Most small businesses have become at least somewhat comfortable with social media and the internet of Google and Youtube. But the next phase of our business lives goes way beyond that, and to connect to that grid we need pieces in place that are connect-able.  That's not playing on social media - which is in some ways like the Model T. The connect-able pieces are the rest of the elements of your business that allow you to tap into and take advantage of the technology that's right around the corner. Sales and marketing automation, true CRM, enterprise systems that connect your business information from raw materials to finished goods and through the sales process. These things are not cheap, but neither are they out-of-reach for small business owners. What is lacking to date is not just cash. It's the will.

John Schmid ended his Internet of Things article in the journal with a quote from Cisco CEO John Chambers. "The speed of change will spare no one." Don't set your business up as something in need of sparing. You held on to your horse-and-buggy long enough. It's time to learn to drive a Tesla. 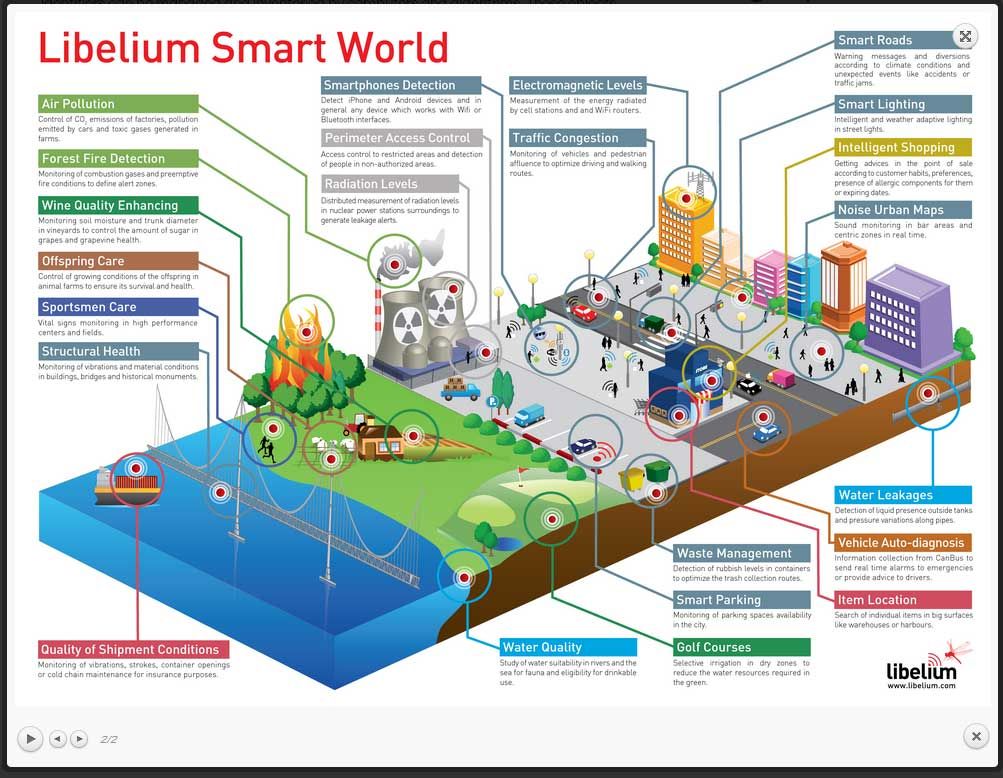