Don't be a Virtual Leader

If you find yourself assembling virtual teams of home-based contract workers, you will need to develop new skills and sensitivities to motivate, manage, and assess them.
24 October 2008
Never Miss a Business Post

Business downsizing is beginning to happen in earnest, and it’s only going to get worse through the first and second quarters of 2009. But there is a lot of work that still needs to get done, so contract workers will be in demand for the foreseeable future. Enter the virtual team.

If you find yourself assembling virtual teams of home-based contract workers, you will need to develop new skills and sensitivities to motivate, manage, and assess them. A lot of folks will put themselves out there as contract workers while they search for permanent employment (white collar workers are going to get hit with downsizing after blue-collar, but they're still going to get hit by this).  But not every talented professional is cut out for independent contract work.

In my experience, the people who are successful in virtual work teams tend to be more motivated than the average worker. I think a lot of people try virtual work, or get assigned to virtual teams, but the ones who excel at it tend to be self-motivated self-starters. And they are the ones who return to virtual team assignments again and again (either because they like them, or because their employers recognize they are good at it and keep assigning them). These folks may enjoy the self-employed route so much that they continue to work in this capacity even after the job market opens up again. And if you want to maintain access to these folks, there are a few things about motivation you’ll need to know.

One of the differences in managing a virtual team is recognizing that your high performers require a lot of recognition. People tend to think that self-motivated self-starters don't require as much recognition as other workers, and that's a mistake. They perform for the pride and joy of performing, and while receiving the right monetary compensation is important, receiving the right recognition is critical.

When you are managing a traditional office team, you can convey recognition in a lot of ways - through brief chats to give them personal attention, by responding with laughter or a smile to something they say, by nodding at their recommendations in a meeting. When you are managing a virtual team, you have to work a lot harder to provide the appropriate recognition for their efforts.

This requires more consciousness than some people might think. For instance, a lot of people aren't good at giving specific recognition, but their body language, facial expressions, tone of voice, and other responses convey approval, so the employee still gets recognition. If you are managing virtual employees, you need to take the time to offer specific and effective recognition, and consider whether that recognition should go to the whole group or just the individual (there's a time and place for both).

If using email, you need to state the recognition in written words, then decide whether this is a "reply to all" or just "reply." If on the phone, it's important to include a few extra minutes for chit-chat, so they can warm back up to you as a human and sense your approval through your gift of time. I've found IM and other methods of CHAT to be great ways to send a quick "hey - haven't heard from you all day. Just checking in to make sure you're OK!" I've been told by employees that this was very meaningful to them. I've also found meeting minutes to be a tremendous source of communication beyond the details of the meeting. I take meeting minutes very seriously, because if it's not written down it won't get done, and I've always taken my turn with taking the minutes. People began to look in my minutes for a joke or recognition buried within them, and the person recognized in each case feels pretty good about that.

Don’t take for granted that your virtual team workers are just excited to get the paycheck. Perhaps they are, but with every other business around you downsizing too, the competition for the highly competent virtual workers could be high – and those are the only people you’ll want to hire. 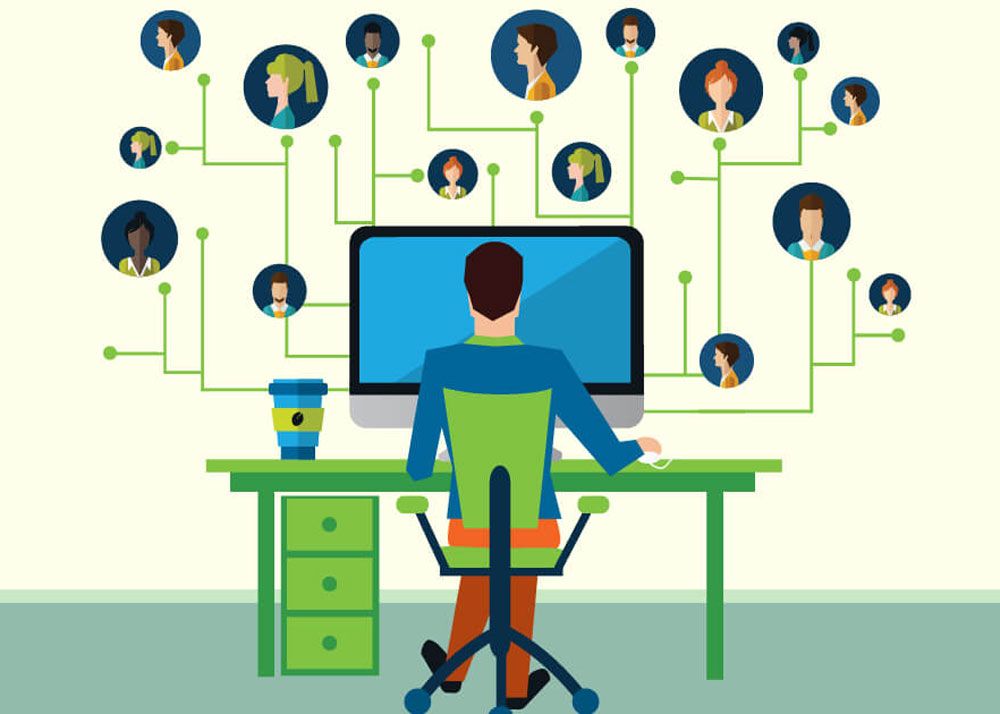