Do you know it when you see it?

People who know to look for the common threads, who have trained themselves to read a little deeper, listen a little harder, who have honed a skill for seeing patterns, these are the people who are figuring out why the Internet is beautiful.
27 January 2010
Follow Andrea

When Jackson Pollack was alive and painting, the art/critic world divided in two camps: those who thought his work was beautiful but couldn’t understand it, and those who thought his work was not art. There wasn’t much room for discussion because nobody could explain, really, why Pollack’s paintings were so noteworthy. How does one argue with “I know what I like when I see it?” Only with “you don’t know diddly.”

In 1975, 19 years after Pollack’s death, Benoit Mandelbrot coined the word fractal, which is an irregular geometric pattern that repeats itself at many degrees of magnification. A snowflake is a fractal – its smallest element is roughly the same shape as the finished snowflake. It turns out that nature’s patterns are largely fractals and that the human eye is finely tuned to fractal patterns. This idea was – and continues to be – tested heavily by Richard Taylor, a physicist at the University of Oregon. In 1995 Taylor produced a painting using wind, rain, and tree limbs, which unexpectedly led to something that looked remarkably like a Pollack painting. Intrigued, he scanned Pollack prints into his computer and analyzed the patterns. It turns out that Pollack was painting within nature’s most common fractal range (this story and much more can be found in Matthew E. May’s In Pursuit of Elegance: Why the Best Ideas Have Something Missing).

It took nearly 40 years for someone to articulate the reason that Pollack’s work is so gripping, but the patterns were there all along.

The Internet presents a similar problem today. It feels like a lot of noise. It’s difficult to sort the valuable information from the muck. At the low end of participation, small business owners and corporate communications staff monitor Internet conversations about their companies, celebrating the endorsements and dreading the oh-so-public complaints. At the broad-sourcing end of the spectrum, companies collect customer feedback on social media sites, ask the masses to participate in product naming and design, and put software development bids out to the public.

What are businesses doing with all that data? Data isn’t information. As a high school debater, I quickly learned that one could find a fact – complete with citations – to support any position one wished to argue. Later I worked with a woman who would regularly mobilize entire corporate departments to make sweeping changes because of a single customer complaint. “Ah,” you say, “but we’re turning that data into information.” But as I’ve mentioned before, if indeed information is power, librarians should be the most powerful people in the world.

Never before have so many conversations taken place in one forum. So much information is startlingly present at our fingertips, and there is significant temptation to read too shallowly, give credence too readily, and draw conclusions too quickly.

The actual value of all that data, the beneficial information that could be gleaned from it, is presenting itself to a select few individuals and companies who examine the conversations on the Internet in the way Taylor examined Pollack’s paintings.

Perhaps we would all be wise to view the Internet as a new kind of fractal. Step very close and observe only an inch of it. Back across the room and take in again. Business must develop the ability to recognize complex patterns in broad conversations, to comprehend their meaning, and to develop appropriate responses. The value is in the patterns.

People who know to look for the common threads, who have trained themselves to read a little deeper, listen a little harder, who have honed a skill for seeing patterns, these are the people who are figuring out why the Internet is beautiful. Do you know who these people are? Probably not the guy with the degree in statistics or the young lady with a PhD in computer science. Not unless they also spent considerable time learning to interpret literature and poetry, studying art and art history, or have deep knowledge about history, anthropology, or psychology. In this new renaissance that is the Internet, only the richest collaboration of arts and science will yield its ultimate benefit.

Do you know it when you see it? Only time will tell I guess. 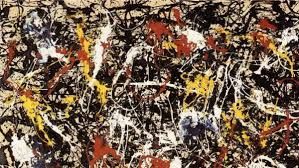