The Key to Success Today is Collaboration

Everyone wants to know:

These are urgent questions. How we get products to consumers has changed dramatically and forever, and a big chunk of our economy hinges on how well we respond to the changes. I think we can all agree that a retail future consisting entirely of Amazon, Walmart, and eBay wouldn’t be healthy.

In the meantime, our supply chain structures are wobbling. In the blink of an eye, consumers saw and embraced the opportunity to acquire what they want, when they want it, from the comfort of their own home, in their cubicle, or while watching the kids play soccer. The industry has primarily tried to address the problem with lower prices and price competition (“Beat the Internet” anyone?), but all that has accomplished is to strip economic value out of the supply chain.

The stress of technology-driven business change is so intense, that perhaps we don’t realize that other people in other times have gone through the same issues. Different technologies, but the stakes were surely the same to them, as were the challenges.

I can almost imagine how it felt to be alive when Guttenberg’s printing press came online. Printing presses democratized knowledge and changed the way we learn, educate, write, and think. The parallels to the way computers have changed our world are very strong, even though this happened nearly 600 years ago. Guttenberg’s invention came in the middle of the Renaissance, a time most people think of as being the cultural bridge between the Middle Ages and modern history. But we also know that the Renaissance was a time of deep nostalgia for the past, accompanied by a feeling of ennui about the future and the advances of humanity. Sound familiar?

Beyond the printing press, the Renaissance was a time of absorbing new knowledge – primarily mathematics (until then the purview of Arabic peoples). Mathematics and logic transformed thought and behavior, much like modern computing has changed thought and behavior (and without which, modern computing could not have happened). The philosophy of humanism was developed during this time, as people shifted from thinking merely about survival to what it meant to live well. There was an explosion of new techniques in architecture and art, and writing was completely transformed. While some bemoaned the death of poetry, others saw brand new figurative horizons opening before them. Again, sound familiar?

Renaissance history is a favorite study of mine, but it’s also an appropriate analogy for today. For one thing, it reminds us that history has been fraught with dramatic changes, and that humanity continues to plow forward; learning, prospering, and evolving (often despite ourselves). But another comparison is also apt: At its heart, the Renaissance was a period of rich and productive collaboration between thinkers of every discipline. Artists, mathematicians, philosophers, writers, and scientists shared ideas across disciplines, which led to an explosion of human knowledge. Each person, immersed in his individual discipline, was unable to see the bigger picture. The potential for progress emerged as they threw their ideas and questions and insights into the middle of the table and put them up for discovery and debate.

Today we are confronted with multiple challenges to business-as-usual. Technology hasn’t just changed the way we shop; it’s changed the way we think, learn, write, communicate, and socialize. Just as the introduction of math disrupted and changed all the other disciplines 600 years ago, technology has done the same for us (not to us) today. And I believe the way to address that change is to embrace it – with heaping helpings of collaboration.

Just last week, a retailer said to me, “You’re saying that marketing today requires extensive knowledge of how to do online marketing. I’m already too busy. How can I learn to do all this too?”

To which I said, “You’re asking the wrong question. Don’t ask ‘how do I learn to do all this too?’  Ask, ‘how do I find the right people to collaborate with?’”

Small business owners fence themselves in with the idea that they must do everything themselves. Instead, we should be seeking every possible collaboration. Collaboration allows us to focus on what we’re good at, while tapping into what others are good at. In the process, we all learn, and that learning happens more gracefully because it’s not overshadowed by the intense pressure of time and expense (or risk).

In some respects, this is already occurring. Significant numbers of workers have shifted from being employees to being contractors – in essence, providing their collaboration for a fee to companies who need their talents. The ubiquitous cloud is another form of mass collaboration; instead of companies housing and managing their own servers and software, they contract for portions of servers and subscriptions to software, leaving it to the service companies to manage their own software, hardware, and the constant advances of technology.

How can the jewelry industry embrace more collaboration? One obvious way is to create more marketing and selling synergies between individuals, organizations, and parts of the supply chain. The emergence of omni-channel strategies will further disrupt the notion of the traditional supply chain, forcing our current distribution networks to innovate or fail.

The retail store as we know it is almost entirely a construct of the 20th Century. Something else will be next. The word Renaissance literally means rebirth. The outstanding contribution of the Renaissance was the leap forward in human understanding, the mechanism was collaboration. It’s time for our own Renaissance, and I think the nexus, this time, will be rooted in collaboration as well.

Part II of this article: Collaborations to Watch 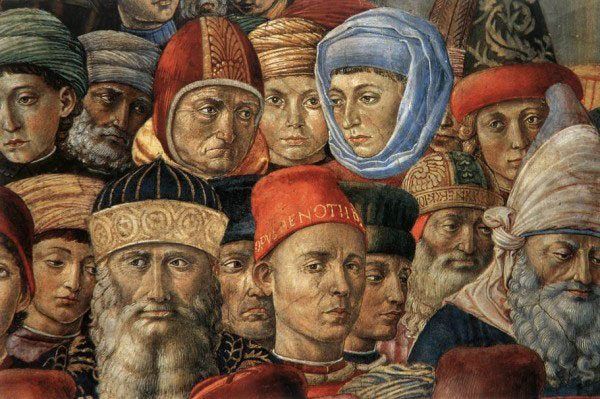