If the dangerous belief that mediocrity is acceptable, or that experts and intellectuals represent some vague threat, has wormed its way into your psyche, you have reason to be concerned.
21 November 2010
Never Miss a Post

A recent blog by David Rothkopf in Foreign Policy decried the rise of a modern version of the mid 19th-Century Know-Nothing movement generally remembered for its embrace of ignorance at the expense of growth and excellence. Disheartening attempts to discredit those who show tendencies toward intellectualism or who are perceived as experts were all the rage in the recent mid-term elections. This is not a political blog, so I won’t go into how much this terrifies me for our society, but it does have some sobering implications for business.

I have been collecting a little journal of observations of anti-intellectualism since the ever-so-unimpressive-Sarah-Palin smashed onto the American reality show stage. Of course, I stopped collecting hers because there were just so gosh darned many of them. But here are a few that have managed to stop me in my tracks and make me reconsider the intelligence of people who did not seem to be mentally incapacitated otherwise:

I’m not suggesting that all experts are preferable to generalists, that experts are inherently better than anyone, or that there aren’t some really sharp generalists out there. I also accept that there are too many highly paid losers masquerading as experts. What I am suggesting is that broad-based bias against expertise and intelligence is inherently bad, because it sets the stage for mediocrity-on-a-pedestal. If this dangerous belief has wormed its way into your psyche even a little bit, and you are a business-owner, you are probably doomed.

Because at the same time that this strange idea that mediocrity, home-grown-ness, and average-Joe-ness are preferable to education, expertise, and intellectual rigor, the world has become a more competitive, more complex place – a place where people slow-on-their-feet or lacking in the abstract thinking skills necessary to grasp multi-level problems are being left behind. Fast.

If you own a business and you are counting on that business for your future wealth and retirement income, you will undermine your future if you do not seek the most talented, most intelligent, most not-average people you can find to fill critical positions and provide you with the business support and advice you require. Yes, it costs. It costs to hire talented people, it costs to go the extra-mile to sift out the good-on-paper from the good-in-reality, it costs to keep talented people, and it costs to pay for genuinely good advice and support.

It also costs a business owner to never have enough cash to pay the bills, to lose out on business opportunities because he can’t afford them, to lose customers because he’s not taking good enough care of them, to lose money because he made poor-but-avoidable choices, and to lose all that sleep and quality of life worrying about how his business is doing. Am I painting an overly bleak picture? I don’t think so. The business failure rate has accelerated from its already high rate of over 70% failures over five years. That’s a lot of lost money and lost time, not to mention ulcers and failed marriages. Want to blame it on the economy? OK, but what’s to explain the fact that that the over 70% failure rate has been documented for over a decade?

As a strategy consultant I analyze a lot of businesses. The one common thread between businesses that are thriving and growing and ones that are struggling?
Quality of employees. I don’t mean just “nice” people – though that’s very important. I mean clear-thinking, intelligent, trained, intellectually competitive people who want to be mentally challenged and rewarded for great performance. The most successful business owners worry about paying the amount necessary to hire talented people in key positions, then pay it anyway because they see the long-term value. The most successful business owners work hard to understand their personal shortcomings, then bolster the business with people who possess the offsetting strengths. Just like it’s difficult to stay in tip-top health if a quiet cancer is worming its way through your body, it’s difficult to run a highly competitive business if you subconsciously have reservations about the value of talent.

But what about all those people who are just average? Don’t they deserve to work too? Well of course they do. I firmly believe that there is good, rewarding, skills-appropriate work for every willing worker. You don’t have to be a rocket scientist to work as a retail sales person – and most rocket scientists couldn’t succeed in that role anyway. You do, however, have to be a rocket scientist to be a rocket scientist. And your marketing professionals should have experience and training in the theory and practicum of marketing, your managers should have formal knowledge and experience in the disciplines and practices of management, the best tool & die workers have had the opportunity to work for real masters, and a copy writer is much more than a person with good grammar and spelling. Whatever your critical roles, it’s your job to seek (and seek, and seek, and seek if necessary) the absolute best people for those jobs.

As I said earlier, people who disapprove of experts and intellectuals disapprove of them in general. What I didn’t say is, except when it’s deeply personal. The guy who disapproved of medical specialists? Someone he loves deeply was diagnosed with a very rare illness, one that only the top specialist in the world could hope to cure. At first he struggled with his bias against expertise, but ultimately he moved heaven and earth to get to that specialist. The result? Life for his loved one.

Your business is deeply personal. It’s life for yourself and your loved ones. When you think about it that way, doesn’t it make sense to find and keep the experts that will help you compete and profit? Don’t put mediocrity on a pedestal, not in your personal life, and not in your business. Mediocrity is not profitable. It’s not socially beneficial. Hell, it’s not even fun. 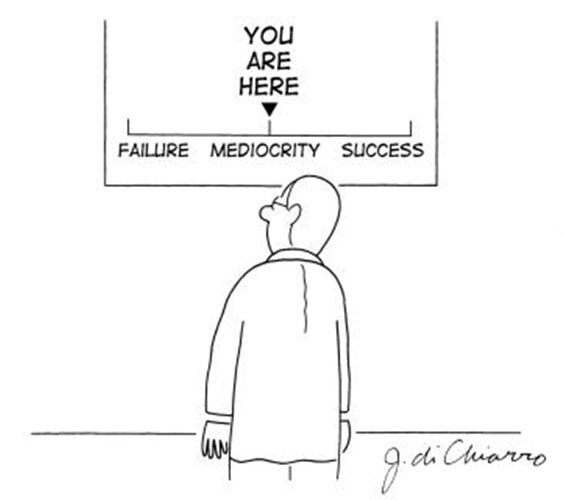