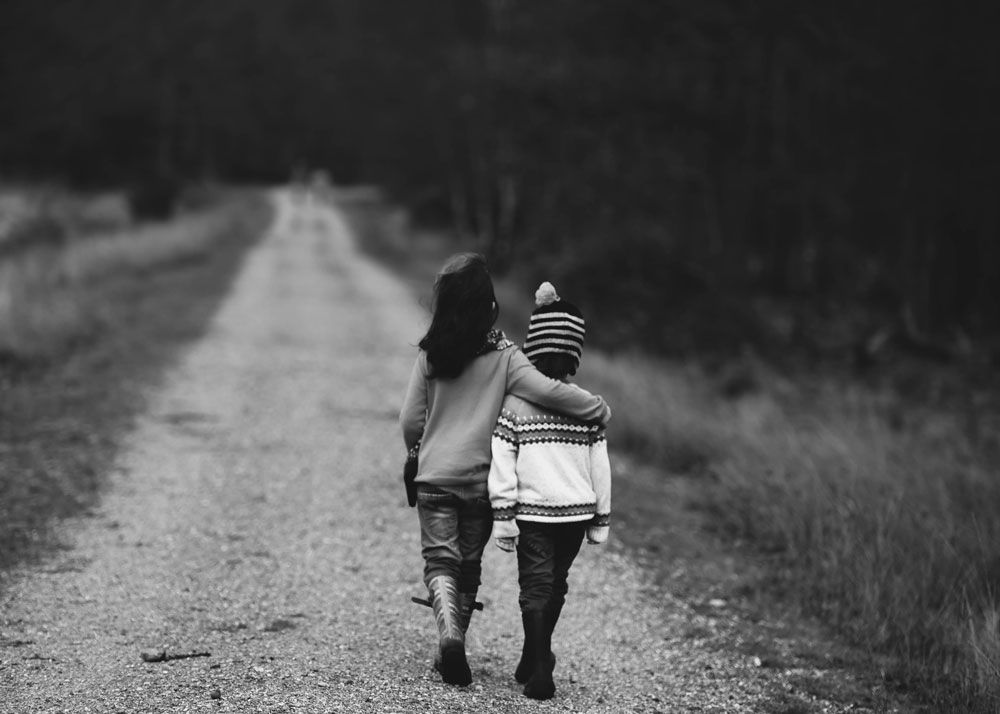 One theme that presents itself over and over again in human history is that during times of great stress – famine, war, natural disasters – the capacity for empathy in general suffers as people attend to their own survival. That’s why stories about people rising above catastrophes make us feel so good – because we realize that it’s special, and admirable, to rise above one’s own pain to care for others.

So when we have tremendous failures of empathy, I tend to look for the tragedy driving it. And right now, I don’t see it.

The excuse that the far right is using, not just in America but also throughout Europe, is that immigrants are taking away our jobs, our tax dollars, even our identities. Apparently, immigrants have been elevated to the level of natural disaster or famine. But as I write this, I’m working in Europe, and when I’m not in Europe, I’m in the American heartland, and I know for a fact that this is not true.

We are well off. We are well fed. For the most part, we have jobs. Has the wealth gap grown in the past 30 years? Most definitely. Are the kinds of jobs that afforded a high-middle-class lifestyle disappearing? Yes. But the fact that we aren’t as well off as we want to be is not the same thing as suffering. All I can see is that we have lost perspective. We became nations of entitled people, and in the process, we are losing our humanity. In the meantime, people who are suffering from real wars, real poverty, real disasters are being turned away at our borders because . . . we are tending to our own war wounds, such as they are (not). This sense of entitlement is taking precedence over our ability to care about the basic (very basic) needs and human rights of others.

Second, our definitions of ourselves have apparently become small. Very, very, very small. Why do I say that? Because we can’t seem to muster any energy to care about the problems of others, which obviously means we cannot relate to anyone.

For example, I am working right now with several women with young children. They are trying so hard to take advantage of the time I am here to work with them in Italy, but they also have all the demands of getting home, caring for children, cooking dinner, maintaining a home. They are young professional mothers. I remember so well being a young professional mother. It’s exhausting! We are the same.

While sitting in the airport in Istanbul, I had a lovely conversation with a woman who was traveling with her three children to meet her husband, who had moved to Canada ahead of them for work. She was so stressed about the move, wondering how it would be for her children, would they be accepted, would they lose sight of their own culture. I’m not a Muslim woman, and I don’t have to learn a new language, but I totally understand being a mother and a wife. She was also very stressed about leaving her parents behind. There, too, we could connect, because we are both daughters.

I spend much of my time working with CEOs and entrepreneurs. These are more often men than women, typically self-made. I’m not a man, and I often roll my eyes at the Boys’ Club of International Business. But, I can relate to being a CEO, and all the stress and isolation that comes with that. In that way, we are the same, and we can work from that place of empathy.

There is not a person in the world with whom you cannot connect on some level. We are all someone’s wife, husband, daughter, brother, mother, aunt, teacher. We have all experienced loss, joy, and the pride of some accomplishment. We have all, at one time, wanted something more, different, or better.

I do not know how any mother looks at the videos of children being removed from the parents at the US/Mexican border without feeling her insides contract with the pain of empathy. Having my child forcibly removed from me would kill me. I do not know how any white man looks at a black man without recognizing that he would die of shame if he were treated with the emasculating lack of respect that black men expect every single day. When white women and black women fall out over the goals of feminist activism, white women need to stop and remember that women – of all races – still hold disproportionate responsibility for holding the social fabric of their communities together, and that what a black woman must do to hold a black community together is generally much harder than what a white woman must do in her own. Because . . . women.

I do not believe it is possible to justify violence through empathy, but of course, I’m non-violent, so I can’t relate. There are people whom I respect who believe there is a place for violence in the pursuit of change. So I try to understand them through some other filter, even if it’s to simply stay in communication while remaining in deep disagreement over tactics. I know people who are conspiracy theorists. I don’t believe that airplanes are spewing chemicals to turn us all into sheep, but I’ve often gone to the Tarot cards as a way to ease my mind over the unknown. Are these things so different?

Perhaps our biggest failures are when we define ourselves too narrowly, or too generically. By thinking we are only one thing (a nationality, or a skin color), we lose sight of all the things we are and can be. When we define ourselves too narrowly, we fail to see all the ways we can connect with other humans, and in that failure lies all the previous failures of humanity.

Then, when we pile on a sense of entitlement, we make it worse. By thinking we are owed any particular outcome (middle class, or boss, or boat owner), we lose sight of the fact that the universe doesn’t owe any of us anything, that a mere happy accident of birth landed us in a country in which we can pretty much assume we won’t starve to death or have our entire town burned down.

More empathy. Less entitlement. Surely, we can do better than this.